It's been a year ago February (2015) since we arrived in Costa Rica (for the second time). We got here just a month before our sixth child, Saige Journee Denning was born!

We'd already spent a year and a half living in Guatemala, but then it was time to go. Our intention had been to find a place in El Salvador (and potentially have the baby there), but that didn't work out as planned.

So it was on to Nicaragua (by then I was 6 months pregnant, and really feeling the need to find a 'nest' for having this baby!). I was ready to have her at the beach town of Las Peñitas where we had rented a house... but we couldn't stay in the country longer than two months, due to the vehicle permit.

With just a little more than a month left for her to be born, we took off for the land of the 'Rich Coast', to housesit for a friend who had a vacant home in Puriscal. (Read about having a baby at home in Costa Rica.)

Crossing that Nicaragua/Costa Rica border (the same border we had crossed on our 'first rodeo' in 2007) was surreal. I reminisced about the excitement we'd felt arriving in this country for the very first time (with our four little kids, all under the age of four, after having spent six weeks driving from the United States). I remember then saying to my husband:

"We did it!!! We actually planned it and made it happen! We drove/moved to Costa Rica!"

It was so exciting.

So what's it like living in this country? What's it like being back? And why have we stayed for over a year (since we're supposed to be doing this whole Alaska to Argentina thing)?

If there's one thing I've realized being back in Costa Rica, it's this: I love this country!

Maybe it's an additional level of patriotism I feel (hey, my daughter is a Tica after all. This is her country!), but seriously, I love this place!

The beaches. The waterfalls. The wild life. The pura vida.

We very seriously considered making it our home base (especially since we can get residency easily do to our Costa Rican daughter).

Ultimately we decided not to. But I'll have to explain that in another post. 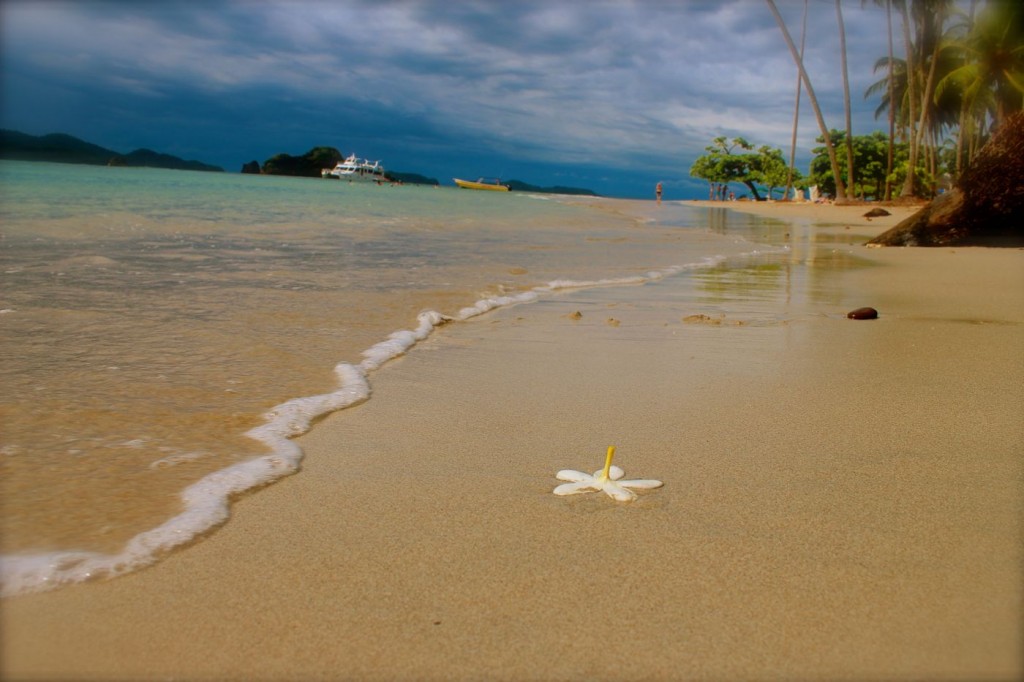 How do you move to Costa Rica?

Moving to a new country, especially if it's your first time, is a big deal. There's so much to learn! Where do you start?

First of all, look at what kind of lifestyle you want. Do you want beach life and the ability to learn to surf? Or would you prefer the mountains where it's nice and cool and spring-like all year long? Do you want the conveniences of living near a city or would you rather live somewhere more remote? Cool versus hot? Bling-bling versus hippy feel? All of these factors play into where you select to live.

What do you do you get overwhelmed and can't decide? Get educated. Start by getting online and searching for blogs and Facebook groups and talk with people currently living in Costa Rica.

Begin by learning about the different areas of Costa Rica, and see if you can get a feel for what the culture/lifestyle is like there, both for locals and expats (if there are any in the area):

Next, you'll probably want to take a recon trip (we never did on our first rodeo, but not everyone is as crazy as we are, so we don't recommend it). Get down to Costa Rica for a week (or preferably more) and explore it to find "your place". (Try Couchsurfing or Airbnb to get into the homes of people actually living there. It will give you a more accurate feel of what it's like).

What to do about transportation

If you're moving to Costa Rica you have two transportation issues to consider. 1) How to get here and 2) how to get around once you're here.

Flying is not the only way to enter Costa Rica. It is possible to drive, but driving requires facing other challenges. For example, you can only bring in a car to Costa Rica for 90 days before you have to import the vehicle (40-60% of the value of your car) or leave the country with it (for at least 90 days). There is also a way to store the vehicle in a government warehouse for 90 days, and then to get it out again and drive it for another 90 days... send us a message if you want to know more about that.

If you decide to fly, you can purchase a car in Costa Rica (generally more expensive than the U.S. due to importation fees) or use public transportation to get around.

If you want to bring a lot of your belongings with you when you move, then you can arrange to have them shipped. Shipping containers can cost up to $2,000 to bring your stuff down, but there are generally hassles with paperwork, customs, etc. This is not something we've personally gone through, so ask about it on any Facebook groups (such as this one).

You automatically receive a 90 day tourist visa when you fly or drive (or walk or bike) into Costa Rica. They do (most likely) check that you have proof of exit when you board (the plane) or enter through immigration. Proof of exit is just that -- proof that you will be leaving their country before your 90 days is up.

If you don't have round trip tickets, there is a little 'trick' some long-term tourists have used to get around this (watch the video above to see) when boarding a flight, or driving in for the first time (although many are able to use their vehicle as 'proof of exit' since it can't stay in the country for longer than 90 days anyway).

But no matter what, if you plan on living in Costa Rica and being in the country for more than 90 days, then it is important that you renew your tourist visa every 90 days. Most expats do 'border runs' where they spend 72 hours (or less, although 72 hours is the 'official' law) in Panama or Nicaragua.

If you want to look into getting a long term visa or residency in Costa Rica there are a few routes to take. You could have a baby in the country, marry a Tico/Tica, or choose one of the other residency options which include 'Pensionado', 'Rentista', 'Investor', 'Representante', etc. which will ask that you meet certain income requirements and all that.

My suggestion is that you start by doing the border runs every 90 days before deciding if you want to go through the hassle of getting long-term visas/residency. IMHO.

Costa Rica is a beautiful and safe country, so as often as possible, you should get out and explore it! Some of the things we've done here (this time and last) include:

Just a heads up. Costa Rica is by far the most expensive country in Central America that we've lived in... but 'expensive' is all relative. Just like many places you travel to, you can live inexpensively in Costa Rica, and you could also live expensively. It all depends on you.

Here in Southern Costa Rica, Dominical and Uvita, you can rent a house (for a family) for $500 a month, up to $1,500 (or more. Our friends came down for vacation and rented a place at a discount for $3500 a week!). It all depends on what you're looking for, and what sort of lifestyle you're after. Want a pool, gorgeous view, or gated community? You'll obviously pay more.

If you’ll be continuing your diet from ‘home’, with imported foods, and living in a pricey expat neighborhood, you’ll spend a lot more than if you choose to eat locally (fruits and veggies) and live more 'local', even with 'American standards' (as they call it here).

Costa Rica is a popular country for expats and nomads. I don’t have the slightest hesitation in recommending it as a destination for travel, vacation, retirement or raising your children.

6 Reasons to Move to Costa Rica

Costa Rica has gorgeous flowers and animals, such as big iguanas, sloths, monkeys and deer! Compared to other Central American countries we've lived in, Costa Rica has the most abundance of wildlife from a variety of  birds, howler and cappuccino monkeys and much much more. Wildlife is a BIG PLUS!

Very clean! No need to fear the local rivers or waters because the Ticos have pride in their country and their surroundings! Can you believe the tap water is drinkable! I promise.

The people take care of their homes and business, there is a lot of national pride. They finish and paint their homes (a big deal, especially compared to other countries in CA). Also there is a law against stray dogs (a big deal compared to all the strays wandering and pooping and fighting in Guatemala when we lived there 🙂 ). Costa Rica also has a lot of forest preserves and nature parks where trees are jungle are protected, and it's against the law to chop down trees (a big deal compared to Guatemala where everyone goes into the forest to chop wood to cook dinner 🙁 ).

I don't know the current numbers, but in 2007 there was over a million expects living in Costa Rica. All these expats has helped to develop the country's infrastructure so that you can now find reliable power and internet (that doesn't go out very often). Every convenience you need for long term travel, from iPhone 3G phone plans to all the snacks and foods you miss from home. Costa Rica is a good place to find balance between the "local" experience and the necessities from home.

BEACHES! Amazing diversity from beaches on both coasts to high mountain ranges through the center of Costa Rica. You can mountain bike and hike in the cool altitudes and then hit the sunny hot beaches for a swim and surf. Rainforests, cloud forests, protected jungles with world class river rafting, turtle reserves and so much more within this tiny country.

The Pura Vida or 'Pure Life', that's what Costa Rica is all about. It's also a country without an army, can you believe that? Costa Ricans are so peaceful and loving. Pura Vida is a way of a relaxed, easy-going living. There's a good vibe and it's a good place to come with your family!

So why are we still here -- we who are supposed to be nomadic, driving from Alaska to Argentina?

When will we leave? And where will we be going next (aka is it Panama)?

Well, I'll have to save that for my next post.

Until then, would you like to visit/live in Costa Rica?