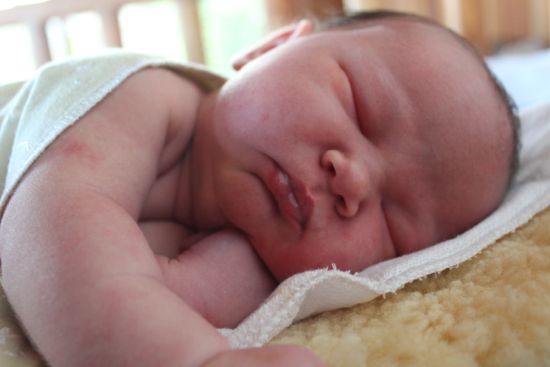 I wrote a post about preparing for birth and why we left Nicaragua and how we ended up in Costa Rica to have this baby.

And then one night in a pregnant brain stupor, I accidentally deleted my entire website. Yeah, oops.

Luckily I was able to get the backup restored, but that post was not included.

As it often does, events worked out serendipitously so that we were able to housesit for a friend and we made the move from Nica to Costa Rica in between Christmas and New Year's. I also connected with a midwife who was willing to come all the way out to where we would be living (about two hours from San Jose.)

Returning was a little surreal. It was in 2008, with four children, that Greg and I had made a decision to have another baby, and to have it in Costa Rica (we were living in Escazú at the time).

As it turned out, we soon had to return to the States for work, and ultimately our path led us to the Dominican Republic, then Georgia, India and Alaska where we finally had that baby number five.

From there we began Alaska to Argentina, spending over a year in Guatemala, where we made the decision to add number six. Little did we know that she would become a Tica (Costa Rican), completing the circle and fulfilling the 'prophesy' we made all those years ago. 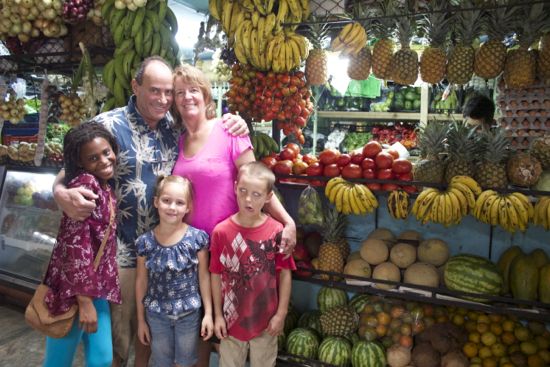 Settling in to our new place in Puriscal, we received a visit from my cousin and her baby, and then the exciting news that grandma and grandpa would be coming!

It had been nearly three years since the kids had last seen them in Homer, Alaska when we said goodbye and drove south.

The initial fear was that the baby would be born before grandma arrived. But once that danger was passed, we spent the days wondering if today was the day, and hoping she would be born with plenty of time for grandma to enjoy her before they had to leave.

But as we knew it must, finally the day arrived. It started Saturday night with some promising contractions. But on the phone my midwife wisely counseled me to go to bed and rest. Sunday the 9th of February, contractions woke me up at 4:00 a.m., and I dozed between them on the couch in our room, until around 6:00 a.m. when we finally sent a text to the midwife and told her to come over, as it was about a two hour drive.

Of course I was nervous that she would 'come all that way' and nothing would happen. But then I reminded myself that my intention for this birth was to be present, mindful and to trust. It wasn't my job to control the outcome, just to submit to the natural process.

But by the time she arrived, the house was awake and I was distracted. I'd always labored at night, when it was quiet and I could focus. Now my contractions were slowing with all this noise and conversation and expectation that the baby would be born today. What if she wasn't?

Gratefully my husband noticed what was happening and finally kicked everyone out -- the kids were 'ordered' to enjoy a movie fest with grandma and grandpa. I laid down for a little nap and a little internal examination to make sure I was letting go of any mental blocks.

I've already mentioned the fears I had regarding labor. I was so terrified after having Atlas (#5) that I DID NOT want to have another baby. I didn't want to go through this experience again, and once we decided there was another child for us, I originally considered a hospital birth with drugs. I eventually realized that my fear of hospital births and all they entailed was greater than my fear of birth. So here I was.

After a power nap I woke up with powerful contractions. Trying to be in tune with my body and the best position for helping this baby came out, I felt most comfortable sitting in the bathroom on the bidet. 🙂

Time passed, and progress gently continued. Contractions were strong, but not painful. As intensity increased, I decided to try getting in the water -- we'd purchased a blow up swimming pool and set it up in the shower. Ironically, the hot water wasn't working well that day, and my mom lovingly carried pots of water from the kitchen into the bathroom so I could have a warm tub (the same thing happened with my first birth, and our neighbors brought over gallons of hot water from their house so we could fill up the swimming pool in our front room. 😉 )

As great as the warm water felt, it slowed my contractions, and I couldn't seem to get in the 'right' position. Eventually getting out, I had the midwife check the position of the baby to see if she was facing the right way, as I'd been having some back pain.

She was turned to one side, so to get her to flip a little more I knelt on the bed leaning over a birthing ball while my cousin massaged my back. That was tiring, and I decided to lay down and rest a little. Then I went back to the bathroom and sat on the bidet.

During all this time I knew that I needed to move on to the next stage -- the stage that was 'not fun' -- transition. I liked how things were going, and I liked having strong contractions that weren't painful. But I knew what was coming, and I knew that in some way I was holding it back. Those fears were still there.

It was about this time that Greg said, "Let's get this over with. We don't need to take all day. You'll just get more worn out and tired." My excuse was that I wanted to take it slow so that I wouldn't get too worn out, but I knew he was right.

So I made the decision and gave myself the permission to move ahead. I thought about what I was doing -- bringing a new life into this world -- and assured myself that I could do it. And now was the time.

As much as standing wore me out, I knew that's what would help this baby come out. I got to my feet and used Greg as a support during contractions. I'd also sit in the camp chair Greg had brought into the bathroom, and lean way back. Things were intensifying now.

I straddled Greg and wrapped my arms around his neck, my face buried in his shoulder. The afternoon sunlight streamed through the windows. My mom sat nearby and my cousin was behind me. My body was weak and tired. Contractions were painful. But I didn't feel hopeless. I didn't feel afraid. I felt confident and strong, and loved and supported. 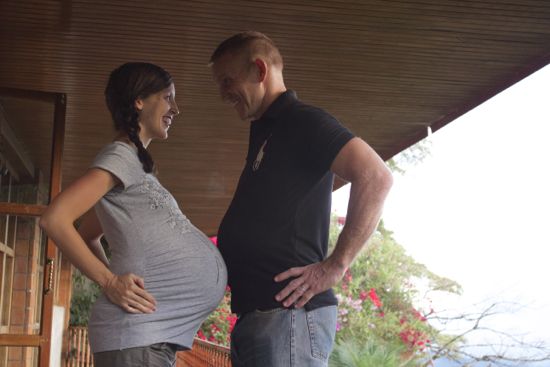 I felt close to my husband, united in a common purpose of bearing and raising children -- bonded together in creating a family unit, not just with sex, but with every part of it -- sharing the burden of bringing them into this world and in raising them to be conscious and contributing human beings.

Even with Greg holding and helping me, I became so tired that I needed to lay down. He helped me to the bed and by now I was shaking uncontrollably, teeth chattering, body shivering, even though I wasn't cold. I tried to relax and calm down so I could rest. Greg talked to me and helped me focus. My mom and cousin massaged and rubbed essential oils on my back, legs and feet. Contractions were painful and I knew she would never come out while I was laying down, but I needed to rest.

Once I finally relaxed, the midwife decided to check and see how the baby was. She felt my cervix and could tell that part of it was in the way, blocking the baby's descent. During the next contraction she helped to move it out of the way while I pushed. Then I was up again and headed back into the bathroom -- I had to use the toilet!

I knew that she was coming. "Hurry," I thought, "I need to get off, I don't want to have this baby on the toilet!" Back in the camp chair, I was partially squatting, partially sitting, being held up by my husband and my cousin.

There was nothing but this moment, and the intensity of each contraction. "I can see her hair!" someone exclaimed. My mom let out a little cry behind me. I reached down and felt her head. The next contraction it was out, I pushed again and out came her little body, creamy and white, covered in vernix. Immediately, a feeling of relief washes over me. I pull her up to my chest. It's over. She's here.

But I can't relax. I try to sit back in the camp chair but it hurts my butt. I try to get comfortable, but no one seems to notice my discomfort. Greg is making sure Saige is breathing. The midwife is puttering around and worrying about the placenta. I just want to relax, but I can't get comfy! This dang chair!

"Take me to the bed," I request. Greg carries me, and I carry Saige and he lays me in bed. A few minutes later they lift me up and the placenta is birthed. Ahhh… I'm done. It's over. Nine long months, and now it's over. Relief. 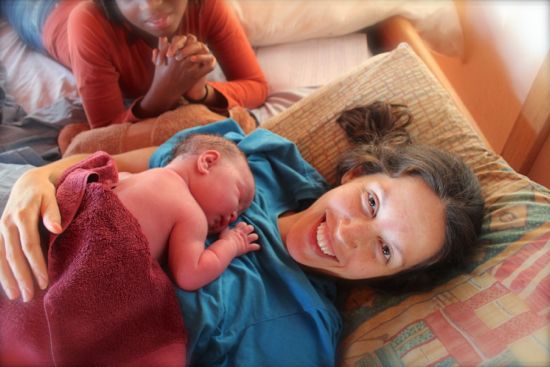 But they're still poking and prodding. The midwife is checking for tears. Greg is pushing on my uterus to make sure I don't hemorrhage. Leave me alone! I feel like yelling. I get a little feisty, and finally they get the idea. I lay back, look at my baby and let my muscles loosen up.

I did it. It was beautiful. I was strong. She's here. I'm done. I am powerful.

Within a few moments the kids have joined us, coming to welcome their new little sister. There's oohing and ahhing and kisses. We agree she doesn't look too alien like. She's beautiful.

And I'm in love once again.