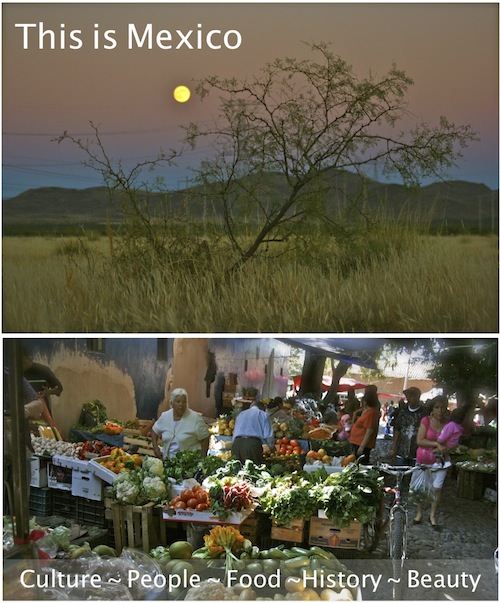 "With all the violence in [Mexico] right now, I sure as heck wouldn't be taking my entire family into a country like that willingly. Seems like an unnecessary risk just to visit other countries. "

"Things keep getting worse all across Mexico and further south. Maybe it’s [the] lawlessness of the land?"

These were just a couple of the comments we received before crossing into Mexico. My own mother (love you mom) even shed a few tears when I talked to her last before crossing the border. "Be safe," she pleaded.

But what can you expect? What can be believed, when the only information available is from the media, and there's no personal, hands-on experience of what's really going on? From what other basis can you form your opinions?

We'd had enough previous travel experience to surmise that most of the 'bad press' about Mexico was probably just that - bad press.

Overhyped. Inaccurate. Out of context.

We figured we would be safe, but still we were uncertain of what to expect.

WAS Mexico more dangerous now than our previous trip in 2007? Was there more violence and crime? Were the banditos holding the country hostage with their drug wars, and the average citizen living in fear for their safety? Was it a 'lawless' country?

What we discovered was a Mexico so far from the 'lawless', dangerous, deadly place U.S. media claims it to be, it's almost laughable, if it wasn't so shameful.

Well, truth be told, we have laughed about it, several times, with friends from all nations - Americans, Mexicans, French-Canadians, French, German, Romanian, Polish, Danish - we laugh together, and say,

"Yes, yes, Mexico is so dangerous isn't it? Ha ha, we're afraid for our lives," we mock as we bask in the sun on a beautiful beach, or kayak on a tranquil laguna, or saunter around the centro at night, as old men and women sit on benches, and children play beneath the light of street lamps. 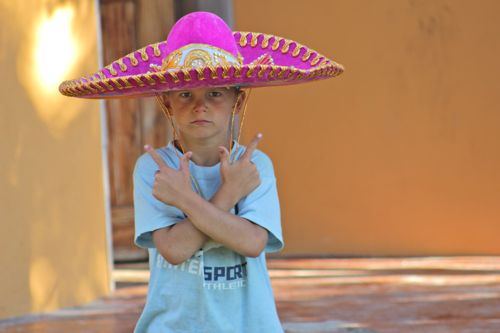 Better get your guns, boy. Mexico is dangerous.

That's exactly what's shameful about it. Someone (I don't know who) has decided that a few dreadful acts, somewhere, has deemed this entire, beautiful, magnificent, amazing, awesome, wondrous, rich country a lawless, murderous, savage, perilous place that you should NEVER, never visit. ESPECIALLY not with children.

The TRUTH about Mexico, is that it's more incredible than I previously knew. And I already knew it was awesome.

It has so much history and culture, to rival that of Europe or Asia (okay, I've never been to Europe, or most of Asia, but I can only imagine).

The food is, well...delicious (although sometimes fattening). And the people?

The people are amazing. Not one of them tried to kill us. (Can you detect the sarcasm?)

In fact, quite the opposite. From our first truck malfunction, to explorations in Mexico City, to  our 'saga' in Sabancuy, people have gone out of their way to help, above and beyond the call of duty.

Yes, we faced plenty of problems while in Mexico, and I experienced the 'war' going on here. 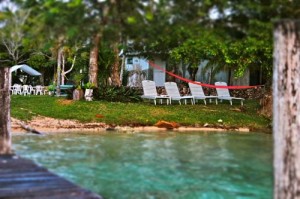 Our problems took the form of a malfunctioning truck...and I waged a war with mosquitoes and diarrhea (which subsided after a few adjustments, and thanks to my essential oils.)

But dangerous? Fear for our safety (not to mention our lives)? Never.

My kids walk to the grocery store by themselves. They sell orange juice on the corner. There's no danger here.

Yes, yes, somewhere, I'm sure there is some danger. There's danger somewhere in your home town or city, right? You could find it...if you went looking for it.

But that's the point. You have to go looking for it. Most of the time, it won't come looking for you.

So instead of danger and lawlessness around every turn, here's the Mexico -from the cities, towns and villages - we've grown to love more and more each day:

Mexico has culture. Lots of it.

Often when you think of a 'cultural' Latin country, you thin of Peru, or Guatemala.

But honestly, Mexico can hang. It has lots of culture.

From the diversity of people; the multiplicity of languages (over 50 spoken - with Spanish as the official); the architecture; the ruins; the festivals and traditions; the variety in food (not just tacos and burritos); the museums and theaters; libraries and universities.

You could spend weeks, months, even years just immersing yourself in the culture Mexico has to offer, and still it wouldn't be enough. (Heck, you could spend months just in Mexico City and at the Museum of Anthropology!)

If you want culture, go to Mexico. 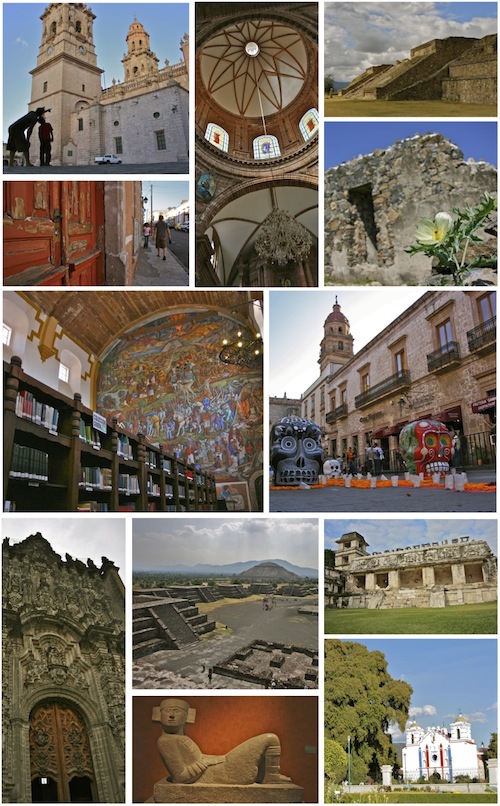 The people of Mexico are quite wonderful - and diverse.

No, there are not just 'Mexicans' living here. There are also Mayans, Purapechans, Guatemalans, Argentines, Americans and countless other expats (over 1 million expats total).

Are there banditos and drug lords? I guess. Somewhere. But no one we met or talked to knew anything about them (and we drove from north to south).

The people we met were helpful and friendly, simple and happy.

There is a diverse socioeconomic range - from wealthy, educated professionals that live in Mexico City and travel to their second home in Valle de Bravo on the weekends; to humble farmers that sell their harvest at the local markets; to the average family who runs a shop out of their home (whether that's tools, or chicken or tortillas).

People in Mexico are not 'poor', as many Americans may believe- despite their 'run down' homes,  simple clothing and furnishings. Instead, they are living within their means.

They live in a house that they built themselves - paid for in cash. They buy the clothes they can afford to buy, the car the can pay cash for, and furnish their homes with what they can (or are willing to) bear the expense of (sometimes only a hammock).

This isn't poverty. It's frugality. It's financial solvency. It's an example to be followed.

The Mexican people are very family and socially oriented. Generations often live nearby or even with one another - cooking, cleaning and working together (we learned this first hand when staying with a local family in Cholula.)

Many families run their businesses out of their homes - selling food, providing some service, or even a store selling groceries, produce or goods.

They love music, and when it comes to partying, it lasts all night long. I think it must be some badge of dishonor to have a party that doesn't last all night - no matter the age. Teens and 50 year old grandmothers can party like you've never seen.

Are Mexican people perfect? No, of course not. No people are.

But the key is to learn from the 'bad' and the 'good', and make yourself the better for the observations. 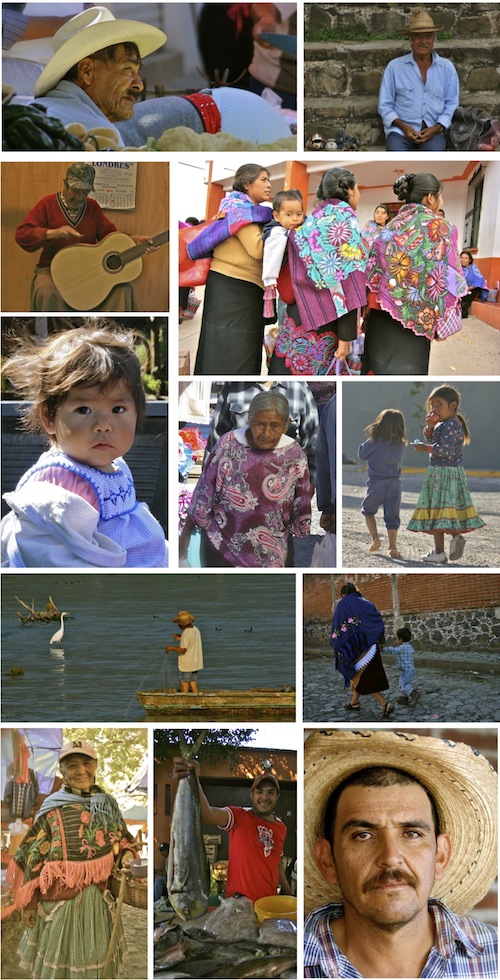 Mexico has a deep, rich history. 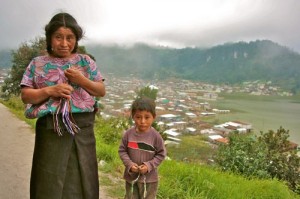 From the Olmecs, to the Zapotecs, Toltecs, Aztecs, Maya, and the Spaniards. All of it is woven together in a fascinating combination of ancient and modern, religious and worldly,

Like when we visited the incredible indigenous village on the road from Tuxtla to San Cristobal, in Chiapas. Here were a group of native Indian people who maintained their language, dress and customs.

Yet smack dab in the middle of their town (like every other 'real' Latin town) was a catholic cathedral - a large, looming example of the powerful influence of the Spanish conquest.

And as for beauty, I think Mexico must 'have it all'.

From tranquil pine forests, to majestic (and cold) mountains; exquisite beaches; farms and fields; rainforests and jungles; lakes and rivers and waterfalls and oceans.

There is no lack of diversity in Mexico. 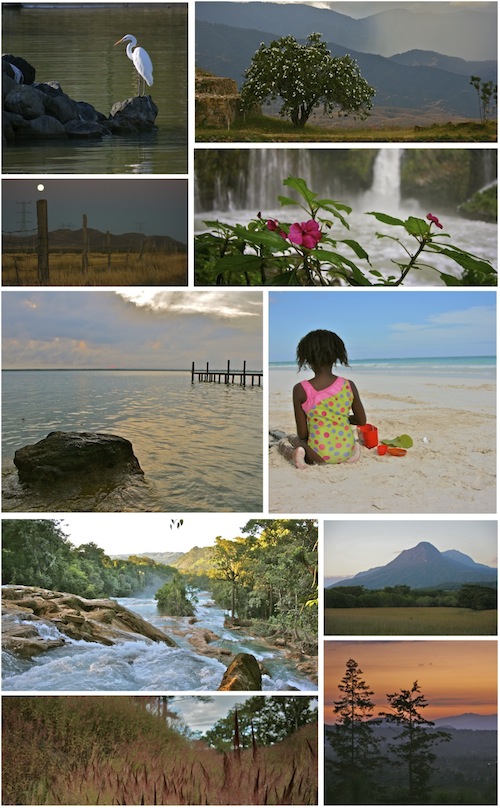 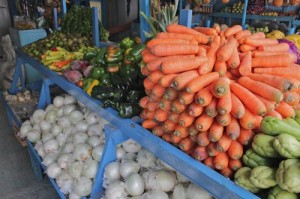 Food is good in Mexico. Really good. Fatteningly good. Not just because it's fattening (some of it is), but because you'll want to eat a lot of it.

Yes, there's the tacos and the burritos (although they won't be anything like you'll find at Taco Bell, and in fact each state has their own taco or burritos), but there's also pozole and empanadas  and tamales (REAL, authentic style).

There's tortas and tlyudas, and tortillas de nopal, and the gazpacho, and quesadillas like you've NEVER seen before.

Then there's fresh squeezed orange juice, and papaya and pineapple and mangoes and mandarinas and all the produce you want for super cheap. 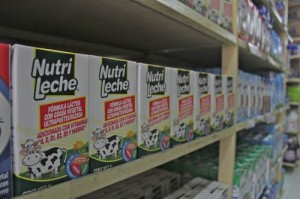 One reason the food is so good is that it made from scratch, with real, fresh ingredients.

Oh, there's starting to be a change in all that. You're seeing more and more of the processed, packaged foods.

And their processed foods are not 'health conscious.' (I don't think that movement has caught on yet in Mexico).

Like the milk. We haven't found any 'real' milk in Mexico...you know, the kind that comes in a jug and is refrigerated (or better yet, raw).

It's all boxed (or condensed canned) milk. All of it. And I don't like it. (And we've heard from reliable sources that it's pulled from the shelf, mixed with new milk and more antibiotics, then repackaged for sale. Ewww.) 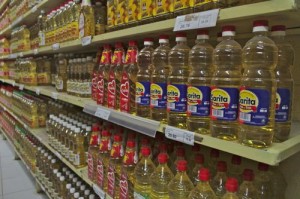 But when you're talking about the local, traditional foods - the tamales and tacos and local specialties - made from fresh produce and locally raised animals. Oooh, that's good. That's really good. 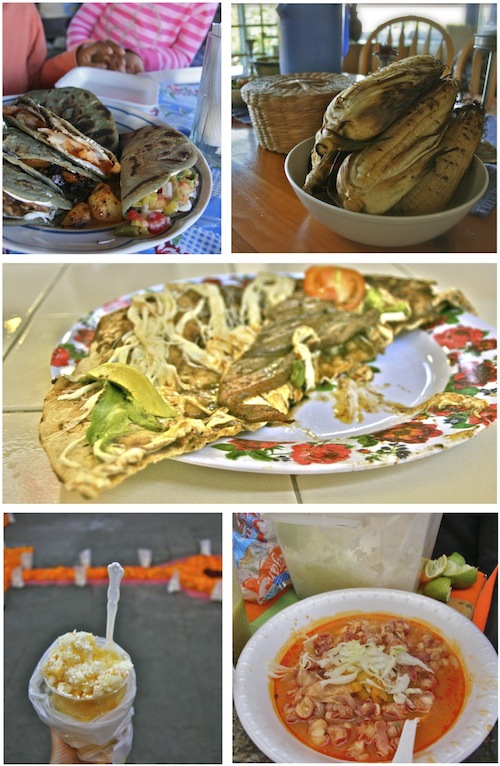 Cost of Living and Lifestyle

It's possible to live in Mexico for very inexpensively.

It's also possible to live very expensively in Mexico also. You could rent a room for US$200 a month, a beautiful, rustic, home for US$350, or a brand new place for US$2000. It all depends on what you're looking for, and what sort of lifestyle you want.

And while prices vary from state to state (yes, Mexico has states, despite what a USPS employee emphatically told my husband - "No, sir, you're mistaken. Only the United States has states and zip codes."), and according to what's in season, here's a general idea of the cost of things here in Mexico (prices in pesos, parentheses are US$. A kilo is almost 2 lbs.)

Imported foods are of course more expensive. Cereals will cost you between US$5-7 a box (we don't buy cereal).

Peanut butter is about US$3.70 for a small jar. And if you want all-natural, organic, no sugar added peanut butter - the kind that my husband has an addiction to - good luck finding it. But if you do find it (like we just recently did in Chetumal), it's about $6.70 a jar.

Cost of living comes down to what your lifestyle is about. If you want to live on fresh fruits and vegetables, and local foods, and in simple accommodations, you'll live inexpensively.

If you'll be continuing your diet from 'home', with imported foods, and living in a pricey expat neighborhood, you'll spend a lot more. It's all up to you.

I don't have the slightest hesitation in recommending it as a destination for travel, vacation, retirement or raising your children.

She's safe, beautiful and has lots to offer, so please don't talk bad about her anymore. 😉