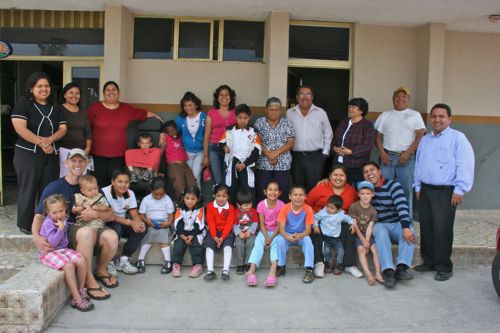 Cholula is home to the biggest pyramid in Mesoamercia. Not only that, but on top of that pyramid (mostly in ruin and overgrown, making it look like a giant hill) is built a very large and ornate cathedral.

Cholula also has it's own voladores, who do a very impressive performance everyday at noon.

We visited Cholula and saw the pyramid and the voladores, but I don't have pictures of either of them. All I have is a picture of this very nice family.

Why, you might ask? Well, it started because I left my camera battery plugged into my charger, which was plugged in to an outlet at Trailer Park Teotihuacan.

I felt sick when I discovered it.

I think I probably suffer from travel-bloggeritis, or maybe it's related to photographology, but I loathe doing an activity (especially something cool, or impressive, or beautiful), without my camera to 'capture it.'

So as I hiked to the apex of the biggest pyramid in Mesoamerica to see the massive cathedral which sat like a cherry on top, I thought, "Wow, I sure wish I had my camera battery."

And as we watched the voladores climb to the top of a 50 ft. pole, to the melodious tune of an aboriginal flute and the beating of a drum, then gawked as they hung by a rope attached to their feet, spinning around like a windmill with it's face to the sky, until they reached the ground and touched down gently like a bird lighting on a branch, I kept thinking, "I sure wish I could take pictures with my camera. I could get some great shots."

Then as we drove through the streets of Puebla, with it's many charming centros, each with their own unique and magnificent cathedral, I reflected, "I sure wish I had been more careful and not left my camera battery."

And as I wandered the streets and shops by foot, in search of a store that might, by some lucky chance, have the battery I need for my camera, but then spying the $1000 peso price on similar models, I bemoaned my foolishness and wailed, "Oh why did I leave my camera battery?"

So deciding it would be better to have my battery sent to me, than to buy a new one, the next question was, 'How?'

As we drove back to Cholula, and wandered around town looking for a place to drop off our laundry, and a campground to stay for the night, suddenly I spotted a church belonging to La Iglesia de Jesucristo de los Santos de los Ultimos Dias

We chatted with the members inside, asked what time church was on Sunday, then inquired if they knew of a place we could camp for a couple of nights.

"Claro, there is a family here that has a large piece of land with space for camping, you can stay at their place."

Insisting that we should stay in a room in their house, (typical of Latin hospitality), what was intended to be two nights, turned to three, then four, then a week - as we waited, and waited for my battery to arrive.

Meanwhile, we were made to feel right at home. They invited us to every meal (each of which was beyond delicious), though we usually missed dinner which was served around 9 or 10 p.m. (we were in bed by then).

Our children had a reason to practice their Spanish, and had constant friends and non-stop fun. We had access to internet, hot showers, and a place to call home.

And how we talked, and laughed, and even created inside jokes. Greg recounted countless stories of our travels from India, which they found very fascinating.

They laughed at our adorable, large baby, that constantly yelled, 'Ma!', and couldn't seem to get enough to eat (he really liked the food).

I enjoyed the first hand insight into the life of a Mexican family. They were tight.

Mother, father, grandmother, grandfather, sister, brother, daughter, son, in-laws, cousins, friends, even strangers - all were welcome, all were loved. All came and went as they pleased, but when they came, they were welcomed with open arms and given something delicious and comforting to eat.

And when they went, there was sadness, sometimes even tears. But love still remained.

Then the day came. My battery arrived, and with it the hour of our departure.

And when we went, there was sadness, and some tears. But love still remained.

(Kimball snapped a few shots with my prodigal battery in it's place.) 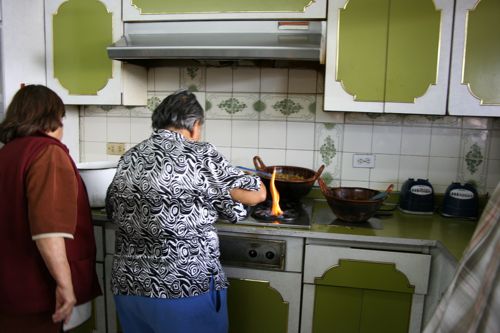 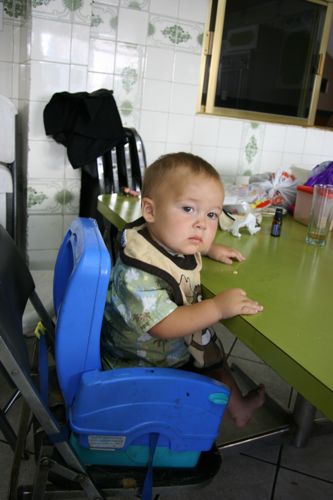 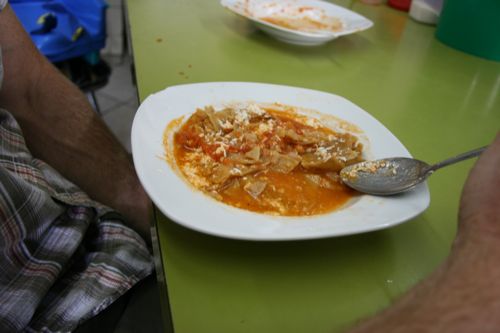 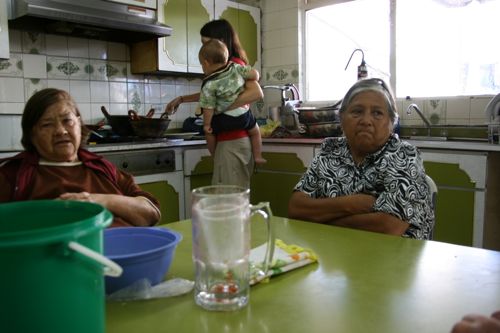