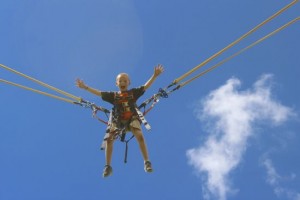 The plan was to leave Antigua Sunday afternoon to head toward the El Salvador border.

But during our 'family travel meetup', Greg decided that he wanted to some extreme bungee action the following day.

Get strapped into a harness and shot into the air with up to 4G forces pressing against your body... basically you're a human catapult. That's extreme bungee.

He even convinced two other families to go with us.

So we stayed another night.

The next morning we met at the hostel where our friends the Hillers were staying (you know, the ones who travel the world because of an ebook they wrote...)

Some other friends joined us, and we were picked up by Lionel who owns and runs Xtreme Bungee. The price was very reasonable -- Q100 (US$12.50) for kids to do the slingshot; adults were about Q176 (US$22) for a catapult AND a slingshot. Includes pickup and return transportation.

He drove us a few minutes out of Antigua, and then the fun began.

(You'll really just have to watch the video to get the full effect. You'll love the crazy faces from the GoPro camera.)

Parker went first... he was very excited. All three of the older kids did the slingshot (the last time we did something like this as a family was when we bungee jumped in Costa Rica... Kyah did it, even though she was only four! Greg did go base jumping in Idaho...) 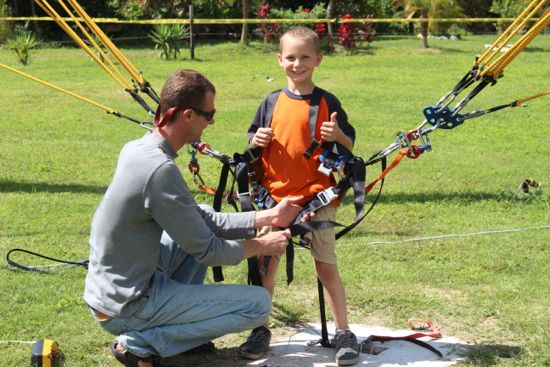 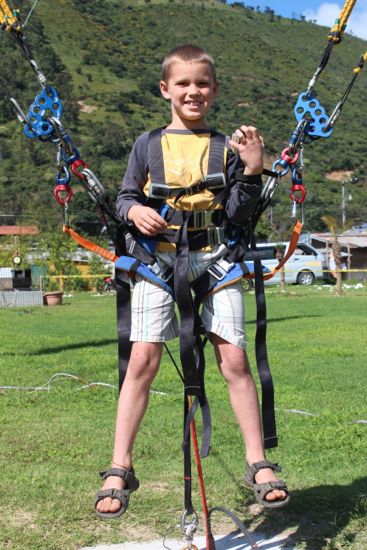 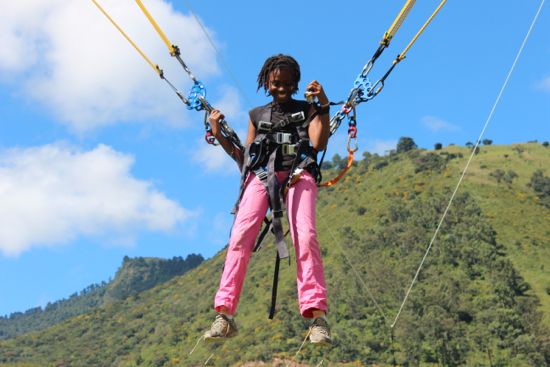 The kids did what was called the 'slingshot because it has fewer g-forces.

Then the men did the catapult. 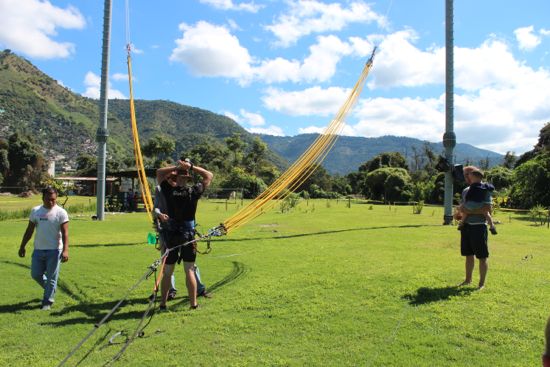 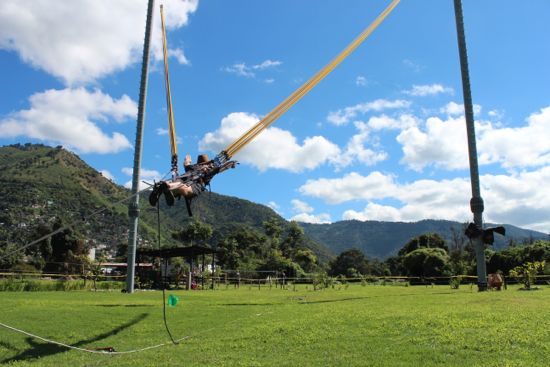 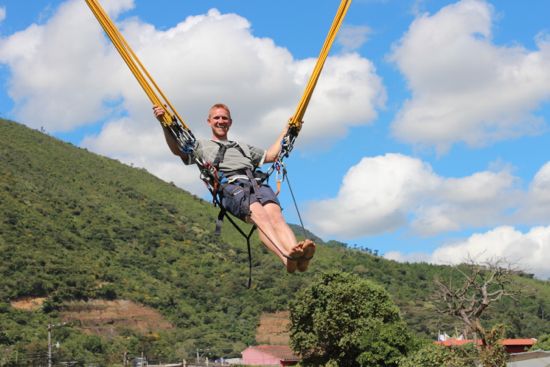 But they also tried the slingshot too. 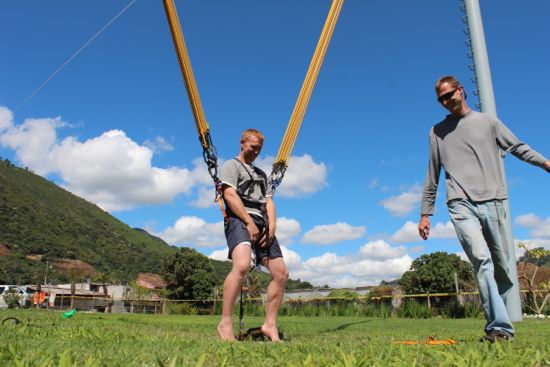 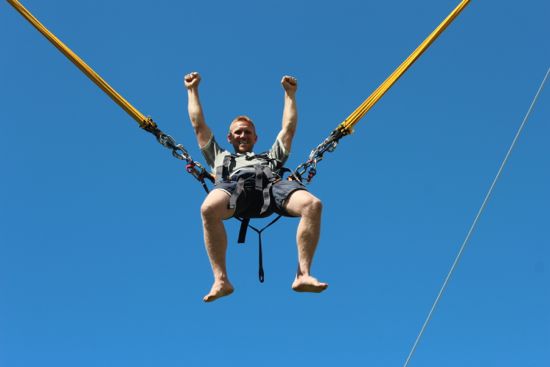 Then Parker really wanted to go a second time! 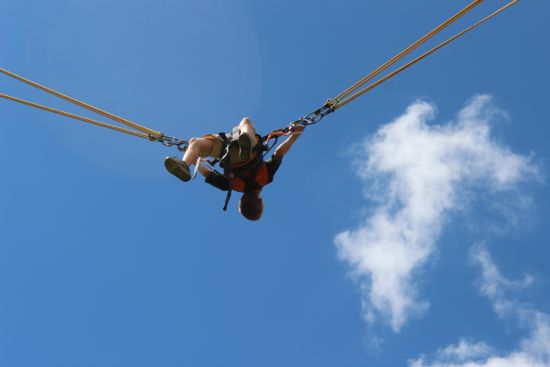 Then Kalli Hiller had a turn. (I DID NOT go... of course I am six months pregnant, so I had a good excuse. 😉 I did the bungee jumping in Costa Rica, but it wasn't really my thing.) 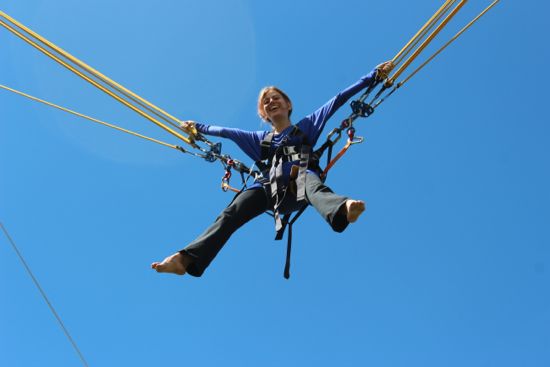 REALLY, you're just going to have to watch the video... it was a rip-roaring good time! 😉

[message type="custom" width="100%" start_color="#FFFFFF" end_color="#FBF8FF" border ="non" color=""] If you'd love to travel with your family, I encourage you to check out our 3-Part Video Series or our book -- both on creating your own ridiculously awesome life! Please don't forget to 'share the love' and inspire others.[/message]