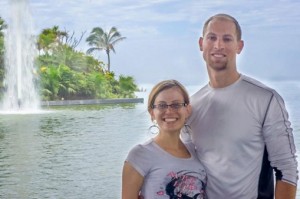 When we decided that we wanted to make travel a more permanent part of our family’s life, we didn’t know how we were going to make it a reality... financially.

I mean, that's one of the biggest puzzle pieces, right?

How do you pay for travel, when travel takes you away from the job where you earn money?

For years we tried one thing after another. Some have been more successful (and lucrative) than others.

But there's one thing that has worked for us, and it has worked even better for some of our friends (who I'll introduce in a minute.) It's something so simple that anyone can do it... even you. Seriously.

Kalli and Jacob Hiller have the kind of lifestyle that I envy... they've been traveling together since they were first married in 2008, and to date they've visited 32 countries!! They even took time out to add a little baby boy to their family, who was born in Mexico City.

We met up with them around Lake Atitlan, then again in Antigua (where we did some extreme bungee action, which was TONS of fun... post coming soon.)

Before Guatemala, they were hanging out in Ubud, Indonesia. Before that? I'm not sure... but I know they've been to Vanuatu, Australia, New Zealand, Uganda, Thailand, Tahiti, Argentina, China, Egypt... like I said, 32 countries and counting (you can read more on their blog.) 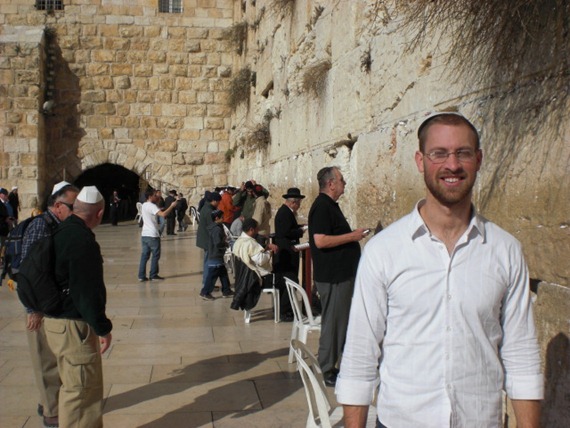 The most exciting thing about their lifestyle is that they have freedom... they can be in Guatemala this month, and head to Japan next, if they wanted. (They said they like to 'switch up' hemispheres... it keeps things exciting. I know their future plans include Mexico City again, the U.S. for Christmas, and Sochi, Russia for the Winter Olympics.)

They're earning an income that gives them lots of options... I like that. But they also travel frugally (staying in hostels, etc.). I also like that.

So how do they pay for it? What did they do to create an abundant income that allows them to travel so much (and with no end in sight)?

They wrote an ebook... one ebook. Seriously. That simple.

Taking a subject Jacob was passionate about (for him it was jumping higher... yes, literally jumping higher, like if you're playing basketball or volleyball.) He could jump high, and people recognized that. So he wrote an ebook about it, included lots of video/media, became an 'expert' in his field, and to date has sold about 70,000 copies.

Isn't that incredible! The best part? It's something you could do too... really.

Imagine it. What if you could take something you're already good at, something that others come to you for advice about (we all have something like that -- whether it's scrapbooking or parenting or decorating or movies or... whatever. There's something you're an 'expert' in.)

What if you could take that expertise and share it with people in a way that would provide money (dollars -- or pounds or yen or whatever currency you use) -- money that you could use to travel with? Money that came in whether you had a job or not. Money that gave you options... for more freedom, more time together as a family, more TRAVEL! (Yay!)

Sound too good to be true??

It's not. Jacob has done it, and he's created a 'formula' for showing others how to too. (He's doing a free Webinar where he'll share what and how. If I were you I'd sign up to learn more. We've been learning TONS from him.)

Watch this video right now from our How to Fund Travel Interview Series (a freebie for you!) to hear more about his awesome story (and learn some great tips on making it happen for you.)

Inspired by what you've read and watched? If you're intrigued, then I really encourage you to sign up for his free webinar. Here is an opportunity for you to begin living your dream. Start today, right now.

You CAN create a lifestyle like this. This is a way to safely start and to create the financial freedom you need to travel. What are you waiting for? Register now.