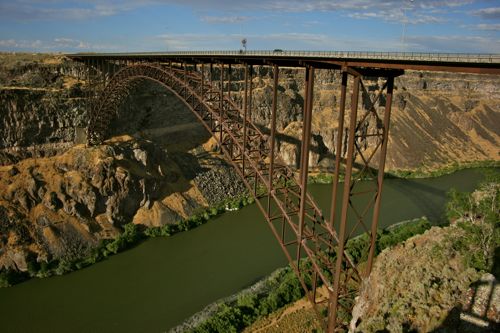 Base jumping is kind of like life, I've discovered. Not that I've done it. But I did 'let' my husband do it, and that's almost the same thing.

Since I've known him, he's mentioned wanting to base jump- some time. Well, we'd cross that bridge when we came to it.

We came to it, in Twin Falls, Idaho, of all places. Who knew Twin was so hip?

Impressed with the unique landscape of Twin, my husband was uber-tempted when he discovered that the only legal location for base jumping in the U.S. was here, off the Perrine Bridge.

We checked into a tandem jump - $399. Ouch, a little more than he wanted to spend.

But hanging out at the bridge, he started talking to a jumper, (a super cool guy, former professional skier, named Mike Wilson), who offered to lend him a chute and teach him how to use it. He couldn't pass that offer up.

I'll admit, naturally I was a little uncomfortable, and quite nervous, with the idea at first. And to his credit, Greg was too. I mean, he likes to have fun (and is a bit of an adrenaline junkie), but he also loves his family and has no intention of leaving me as a widow.

As we talked about it together, we asked ourselves - "Why are we frightened by this? What is so scary about it? What are the risks? What is the worst that can happen?"

This wasn't just questioning in the name of headstrong rebellion against conventionality, but an honest examination of 'things as they really are.'

Yes, death is a possibility, but WHAT specifically is the cause of death in base jumping? What are the contributors? How is it avoided?

B.A.S.E. jumping is a risk, but how risky, what are the calculations? How risky is jumping off of this bridge, specifically, and under these circumstances?

In some ways, this jump represents what our life is about. When we first imagined driving to Costa Rica with our four children, we faced similar fears, and plenty of societal kickback.

"It's too dangerous. It's too risky. It's irresponsible."

But is it, really?

Or is it only perceived to be too risky because of a lack of accurate information? We've learned the latter to often be the case.

How could we make an authentic decision without adequate information?

So we learned more - we asked questions and listened to experts who had made this same jump hundreds of times.

And the more information we acquired, the more we realized that we had very little to be afraid of. Just like with a lot of things in life.

Moving forward, he did the jump.

And as with all cases of fear of the unknown, after mustering courage and making the attempt, we discovered that we've grown by doing it, and the only thing to fear, is fear itself.

Who knows, maybe next time I'll try it. (It looks better than bungee jumping.)

Scroll down for the video. (Admittedly, it's a little weak, but we did what we could with limited equipment and limited hands - and other malfunctions.) 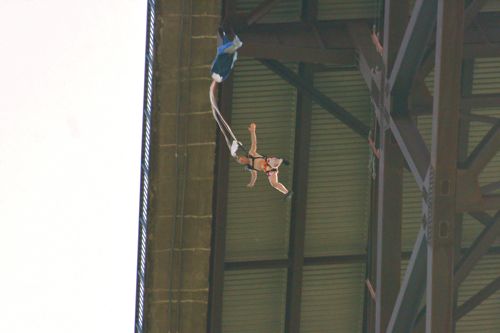 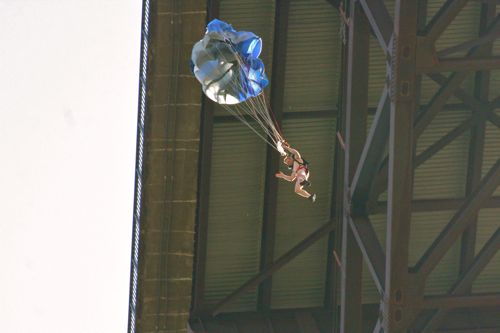 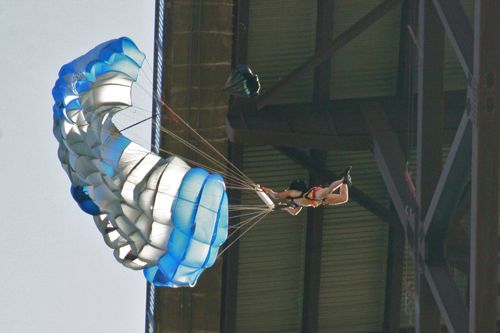 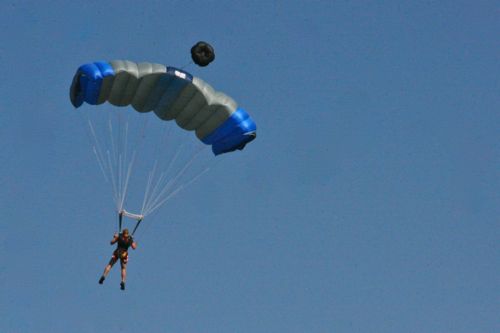 Have you base jumped before? Would you ever?