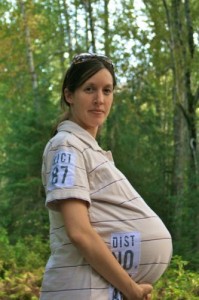 NOT a basketball, this is #5

I really thought this day would never come.

I was positive that after number five, Atlas (right), we were DONE having kids.

The nausea. The hormones. The discomfort. The sleepless nights. The back pain. The labor. Ugh.

As much as I love my kids, I was not going to do it again.

At least that's what I thought.

[message type="custom" width="100%" start_color="#FFFFFF" end_color="#FBF8FF" border ="non" color=""]Please do me a favor. Support our newest project -- Mayan Eco Homestead -- by donating via our website. Thanks to all our generous donors![/message]

But I believe there's a Higher Power (I personally call Him God). And He often has different plans then I have for myself. This was one of them. So after 2 1/2 years I finally, reluctantly agreed to it. 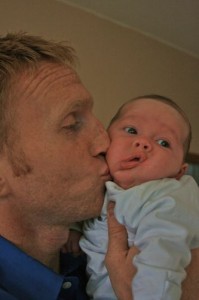 And then I got really excited! Cute little fingers and toes. Baby clothes. Adorable little people who bring so much joy. How fun to have another one!

And then I got pregnant. And then I got sick. And now I'm wondering what in the world I have done to myself. How could I purposely inflict so much personal suffering? Why am I going through this again?

And then I imagined that she (yes, I think it's a girl) came and laid by me while I was nauseated and miserable in bed, and said, "Thanks mom for making me," and that made me feel a little better.

But the decision has been made and there is no going back, only moving forward. I know as soon as I feel well again, I'll be excited once more. 😉

But here's what this news means for now:

How can you bring more children into this world?

To some people, having another child (even if it's your sixth) is very natural.

To others, they question the sanity. How can you bring a child into this world, with the violence, pollution, disease, etc. etc.? You're just adding to the problem by having more, especially a sixth.

But I ask, "How can we solve the world's problems unless we (those who think and care about humanity) have children and teach them to be good, decent, conscious human beings? If we leave the baby-making to the uneducated masses, then how will that fix things? In generations to come, all those concerned with the world's welfare will have died off, and only those who created offspring and then gave them to the government to raise will be left. What hope will the world have then?

If we care about how the world turns out, then we need to take charge of CREATING and raising the next generations."

Having (and adopting) children is my personal contribution to making the world a better place.

A word about giving birth

You would think by now, this being my fifth birth, that it would be 'old hat'. (Fifth birth because my oldest was adopted.)

All of my natural children were born... uh, naturally. They were born at home or at a birthing center, and in the water. Since before I first became pregnant (before I adopted our first child), I studied books on natural birth like Childbirth Without Fear by Grantley Reed and many others.

But despite my desire that each birth would be easier, simpler and more 'pain-free', they've actually been more difficult (Atlas' being the worst!) His was so challenging, that it became the major reason for not wanting to have any more children.

So essentially, I'm afraid to give birth, so this will be a very interesting 'journey' for me as I decide how I'm going to do it. Will I have the courage to go natural again? Or will I overcome my trepidation of hospitals and 'interference' from medical personnel and get an epidural?

(You can also read about Getting an Ultrasound in Guatemala, and We're Having a...)

What would you do? What should I do?