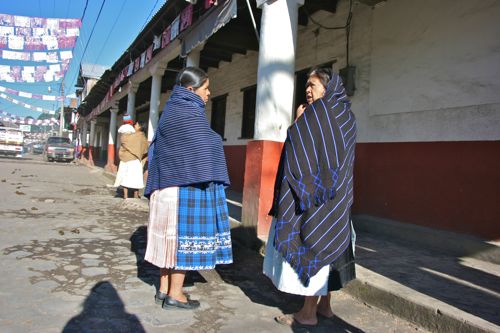 One day in 1943, a farmer was out working his field with his wife and son, when suddenly, the earth below them began to tremble and shake. A hole opened up in the earth, and out spewed ash, smoke and sparks, which caught the nearby trees on fire. The ground rose 2 meters right before their eyes.

Naturally, the farmer and his family took off running. They returned later when the commotion had ceased and tried to cover the hole with rocks, but to no avail. Within a week the volcano was five stories tall.

Over the coming year, the hole continued to grow and spread, until it grew into a great volcano more than 424 meters (1,391 feet) tall. It spewed forth lava, which eventually covered the entire village of Paricutin (population of 500). The people had enough warning that they were all able to escape.

By the 1970's, the volcano stopped erupting and has been silent ever since.

We visited the neighboring Parepechan Indian Village of Anaghuan, where we searched for some breakfast, then parked our vehicle to begin the hike to where Paricutin used to lie, before it was covered in lava (and where the cathedral still protrudes from the lava flow.)

In this village, the people do not speak Spanish, but their native tongue - Parepecha. 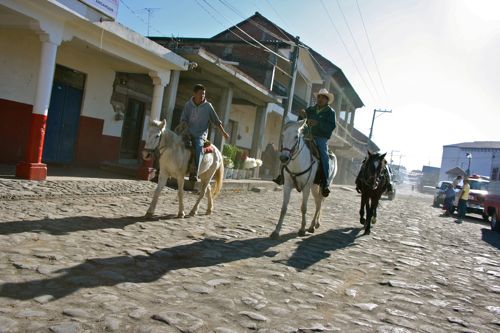 Few cars, lots of horses (our friends said that three years ago when they visited, there were even fewer cars). 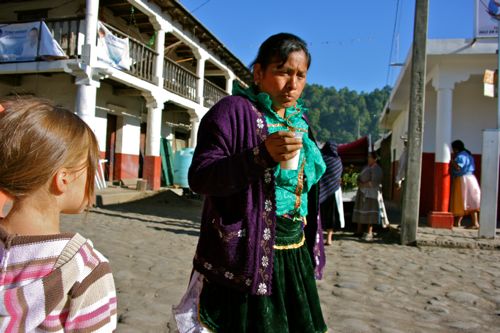 Everyone seemed to be drinking this white drink for breakfast. Tried to find some to try, but couldn't. (Maybe it was atole - a hot rice drink) 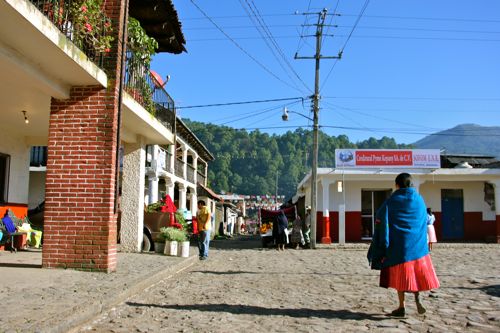 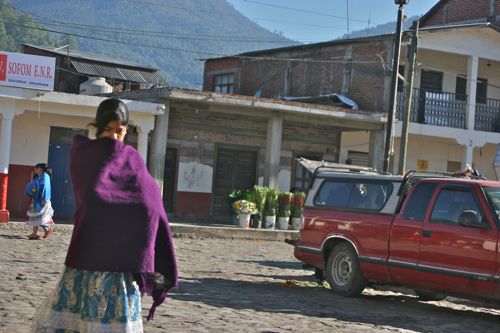 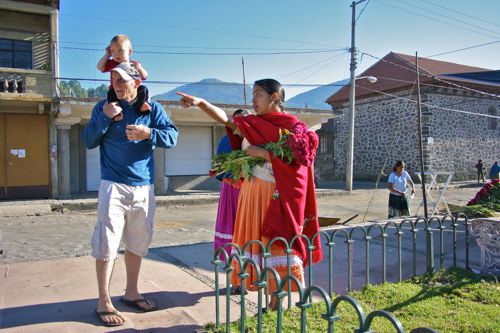 Greg really loved this village, he said it reminded him a lot of Peru. 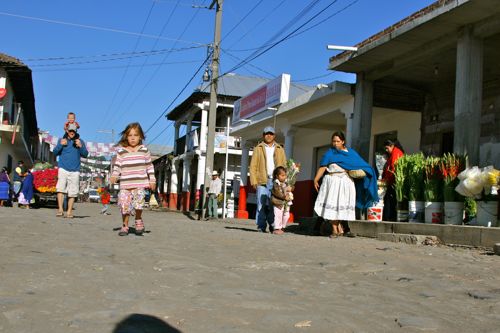 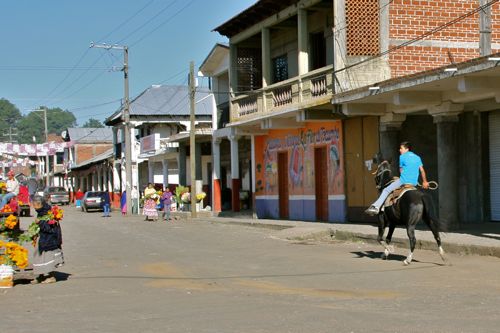 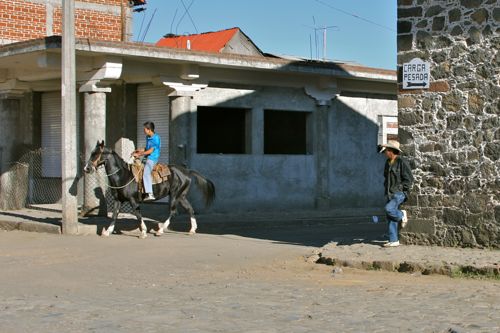 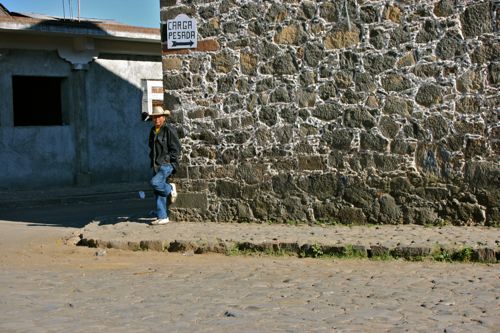 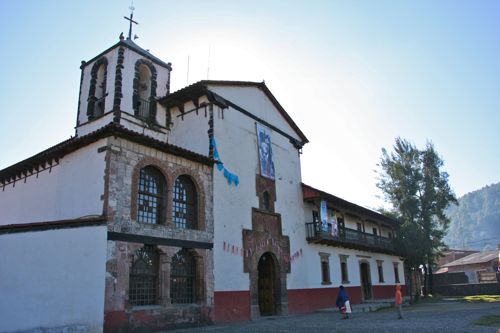 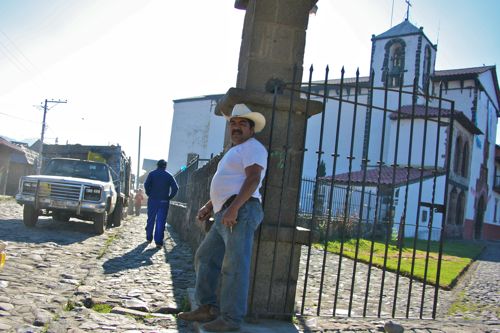 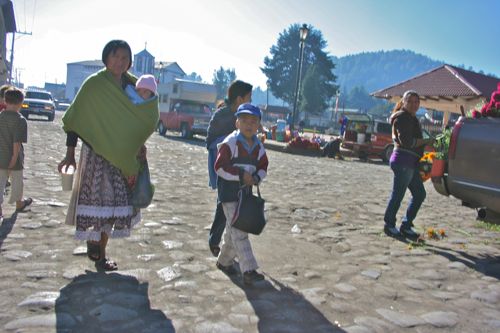 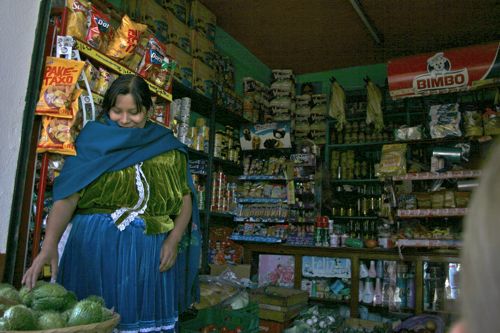 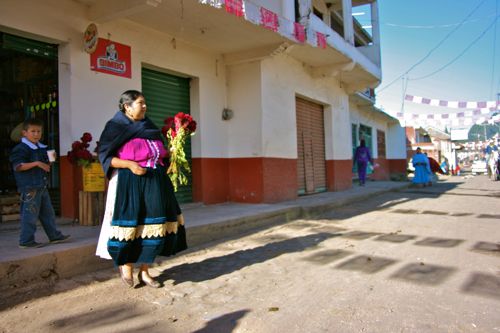 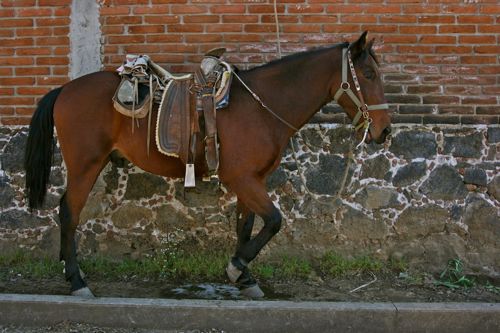 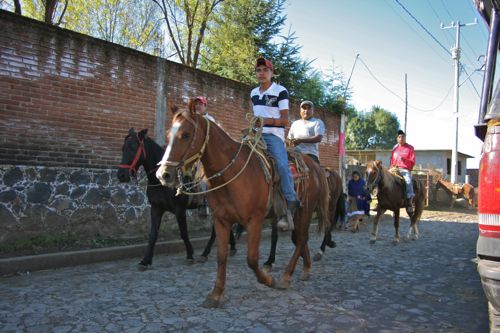 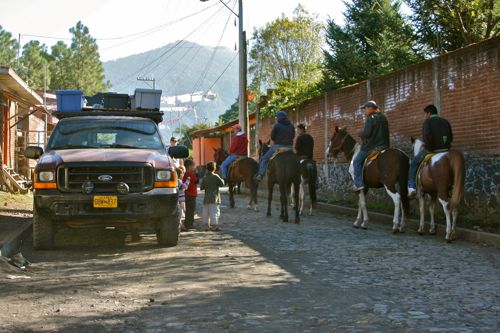 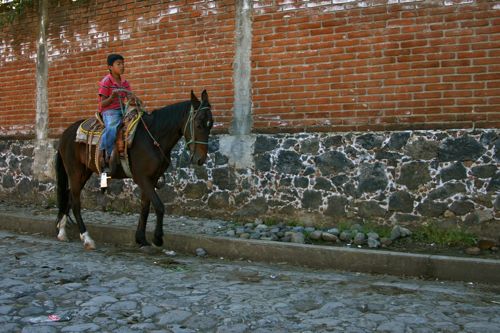 Click here (come on, you know you want to!) to view the photos of the cathedral encased in lava, and the delicious food we ate prepared by the Parepechan people.