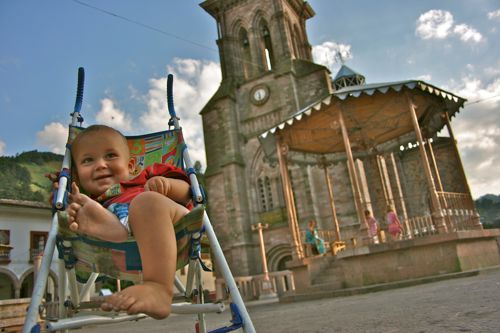 Leaving Morelia after a delicious meal, our friends grabbed a hotel and we drove out toward el campo in the dark, searching for a place to call home for the night.

We located a little turn-off, which led to a rise where we parked under a tree growing next to a corn field. We all climbed in to bed and slept peacefully for the night. 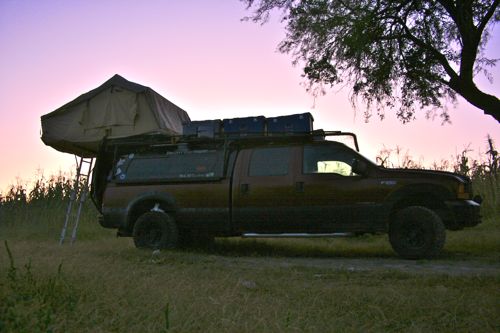 In the morning, workers arrived early and spotted our truck. It wasn't long until word reached el dueno (the owner), and he came for himself to check it out.

Greg chatted with him, explained that we were driving late last night and just stopped where we could to sleep.

We declined on the tequila (not because of the hour), but languidly enjoyed our morning in the shade of his large tree.

When we were ready for the day and had eaten our breakfast, we drove toward the city of Hidalgo to do some grocery shopping.

We opted to stop at Bodega Aurrera, thinking it was a nice local supermarket. But while searching through the produce I noticed pallets that said "For use by Walmart only"

Curse you Walmart! Why have you infiltrated these countries, taking business away from local farmers and producers, and permeating the people with American culture and consumerism?

You fill your stores with so many bright, shiny and beautiful things, it makes people want to buy them. But they're expensive - the beautiful clothes, the fancy furniture and electronics. How can they ever afford it?

"Don't worry", you say, "We offer easy financing!" Yes, I know Walmart, I was approached several times by your wandering salesmen, encouraging me to get qualified for your credit. Oh, you are sly, very sly.

Now people around the world can live beyond their means, just like they do in the States! Yippee!

They can go into debt too, and own all these wonderful things that you're providing that they really can't afford. Oh happy day!

Okay, I'm back from my rant about Walmart. Despite my discovery that this store was owned by Walmart, we finished our shopping there anyway. We purchased a cart for of fruit, returned to the parking lot, pulled out our kitchen, and created one of the best fruit salads ever for lunch. Yum!

Our friends met up with us at Walmart aka Bodega Aurrera, and after our heavenly lunch, we set out together toward Ocompo, where tomorrow we planned to visit the Monarch Reserve.

As we neared Ocompo, there was a turn off toward Anangueo, which we took to search out some food, and so our friends could find a hotel.

We spent the evening meandering around the square and then eating at a restaurant across the street. We ate some soup. One was basically pasta with sauce, the other chili and nopal - cactus (that was actually really good). The soup was $10 pesos each.

We also got a couple of tortas - sandwiches in Mexico - one with bacon, hot dogs, mayonnaise, avocado, tomato; the other with ham, cheese and pineapple.

The food was great, but the company was terrible - a large screen t.v. playing a Latin soap opera, which I'm sorry, are ridiculously cheesy. This one was also violent. The children stared at it like moths to a flame, until Greg finally asked the owner to turn it off.

Then we drove to Ocompo, with arrangements to meet our friends in the morning. We followed the road toward the butterfly reserve, pulling off when we found a suitable road, just in time to catch the last of a beautiful sunset before bed.

Ahhh, what a wonderful life. 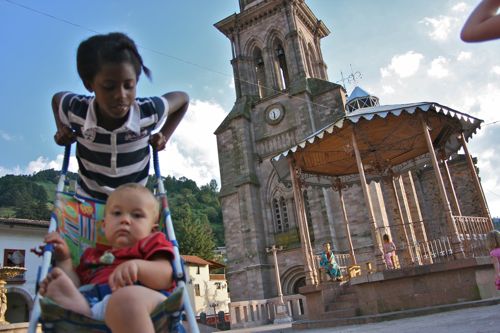 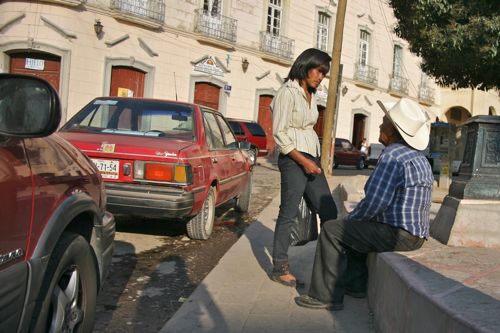 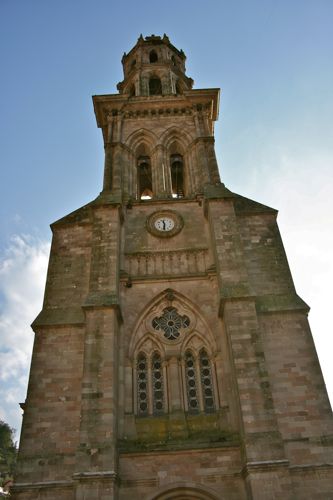 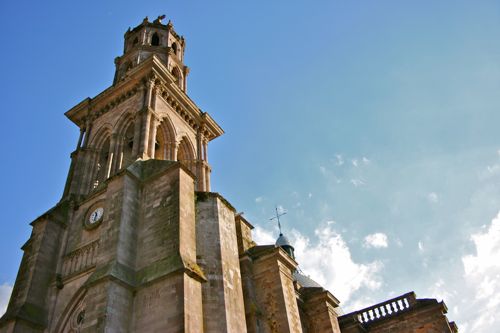 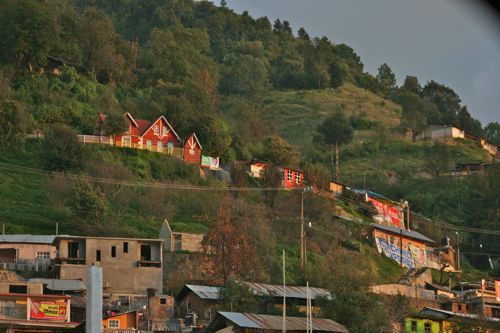 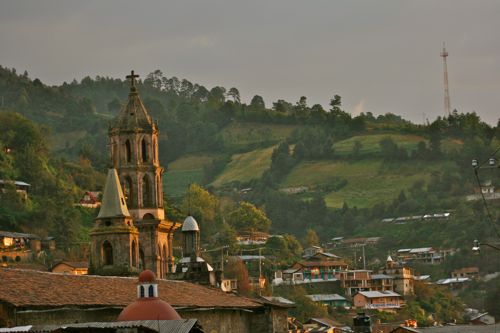 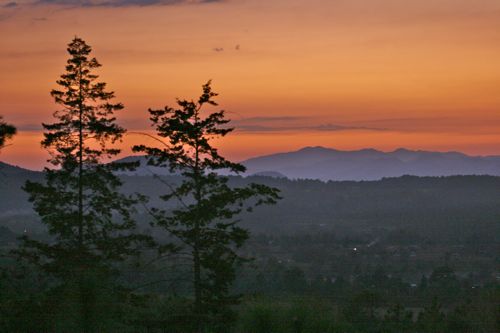