Ever since the first time we moved to Costa Rica in 2007 we've wanted to see and release baby sea turtles.

And now, in 2013 we finally had the opportunity to do it in Nicaragua.

We went at night, beneath the light of a full moon. According to the organization who gathers the eggs to protect them from poachers, there are fewer predators at night, so it gives the baby's more of a chance for survival. (Watch the whole experience in the video at the bottom of this post.)

At the end of the road in Las Peñitas, past the Barca del Oro, there's the office for a conservancy center (Reserva Natural Isla Juan Venado.) We met there, then walked with our guide by the light of the moon to the boat that would take us the kilometer or more to where they keep the eggs and newly hatched babies. 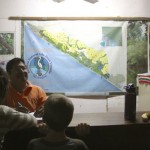 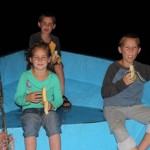 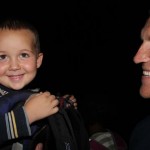 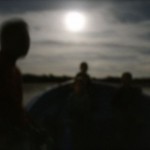 The boat ride was nice, on a river that wound through the mangrove forest, with the moonlight shining above. 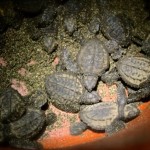 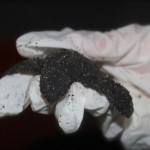 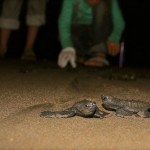 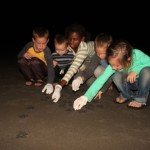 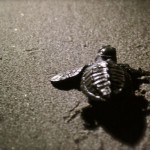 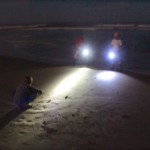 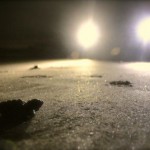 When we arrived, we walked along in the dark beneath the shadow of trees and then through a trampled path cut in tall grass that towered above our heads. After chasing purple nocturnal crabs for awhile, we finally reached the area where newly hatched babies were kept.After watching a few more babies hatch, we took 'ours' out to the beach.

You can't put them right into the water. They need to walk on the beach for several feet. This helps them to imprint this beach as being 'theirs', and in 15 years they'll come back to lay eggs here. Pretty incredible!

No, those aren't headlights. The turtles naturally go toward light, so the workers stand at the waters edge with flashlights to help them know where to go.

It was awe-inspiring watching this little creatures crawl their way into the vast ocean. You wondered how many of them would actually make it.

Once all our babies made it to the water we walked along the beach in the moonlight, hoping to find a mommy laying her eggs. We had no such luck, but I had fun practicing my night-time photography.

That is actually the full moon… not the sun. 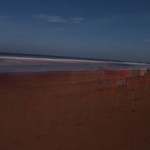 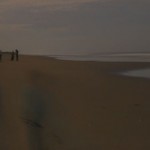 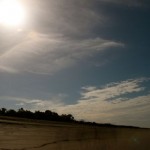 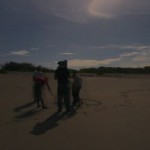 Have you ever released baby sea turtles?