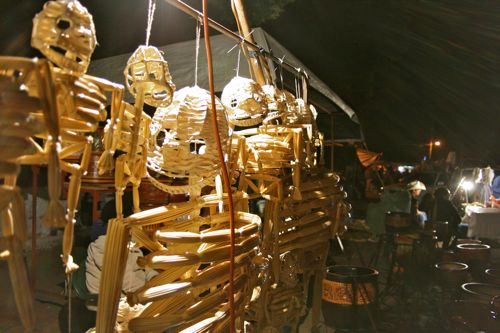 Another one of those native language words, Tzintzuntzan (sin-soon-sahn) is the name of a village neighboring Patzcuaro, where we were told that there would be a pretty big 'to-do' for the eve of Dia de Muertos.

Dia de Muertos is celebrated on November 2. Not at all related to Halloween (although Walmart tries to market it as such), Dia de Muertos is the day that you remember your loved ones who have passed on and celebrate their lives. It's the day when you're most likely to commune with them, when they are near.

Family members decorate the graves of their dearly departed with flowers (usually marigolds), candles and food, so their departed dead can eat when they come to visit.

Tzintzuntzan has a road right through town that is flanked on both sides by cemeteries, making it a perfect place to celebrate if you're doing it in a graveyard.

We didn't know exactly where the festivities would be, but as we drove from Tzararacua Waterfalls, we knew when we had arrived - cars were parked on todo los lados (all sides), and then we began seeing all the vendors - selling pancakes, tacos, ponchos, beanies, balloons, and anything else you could imagine.

If we'd known what we were driving into, we would have parked first. But now we were committed, and all we could do was sit in traffic and watch others eating mouth-watering bites of delectable goodness.

Then we started walking and taking in the sites, sounds, smells and spectacles. 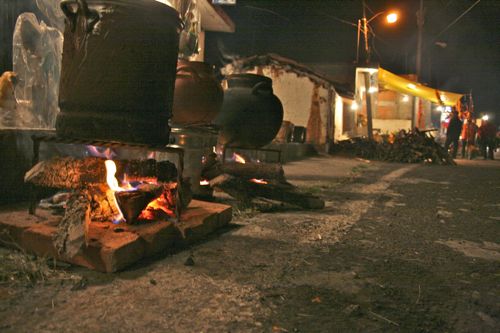 Many people were cooking in these large pots over fires. 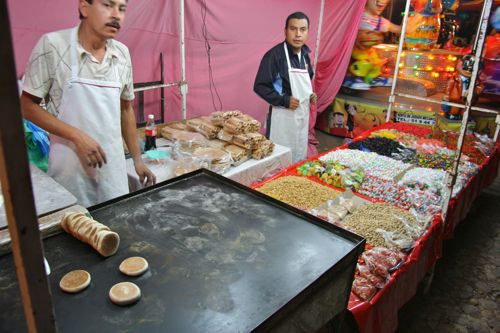 They were making little sweet pancakes that were pretty good. 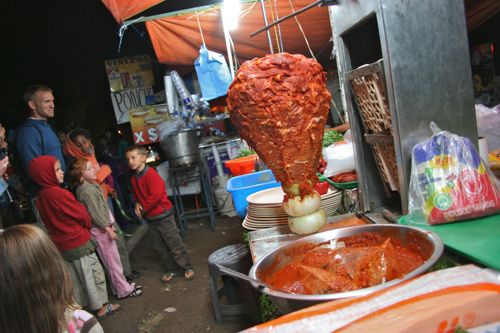 That's some sort of meat hanging there. Didn't try that, but I've seen it other places in Mexico also. 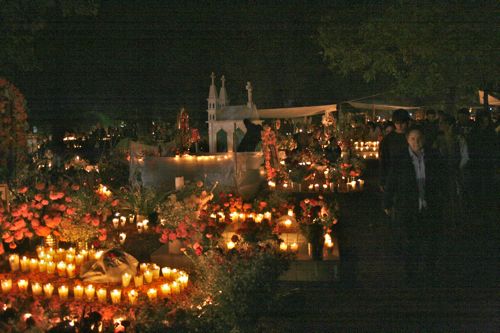 Elaborate decorations of the cemetery. 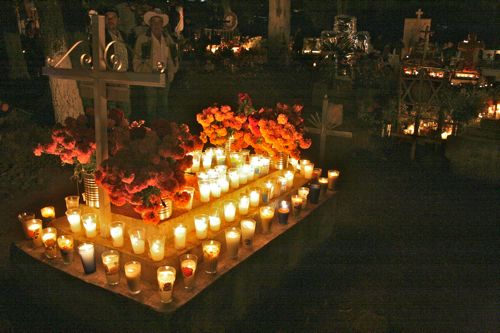 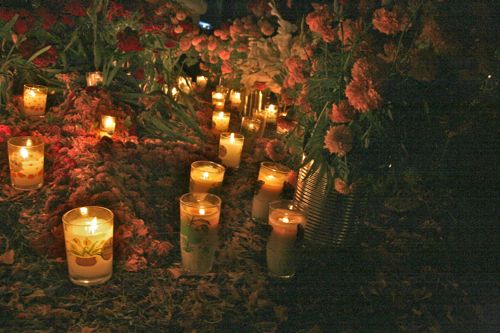 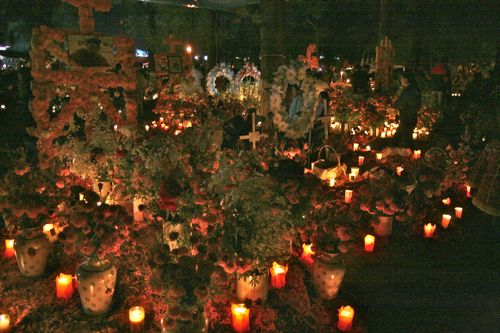 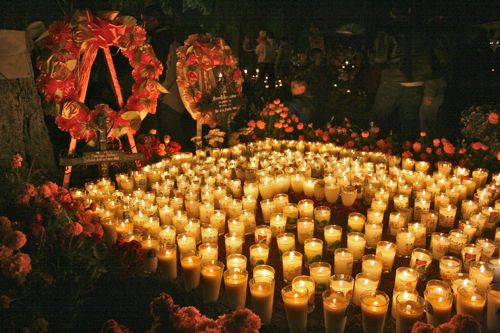 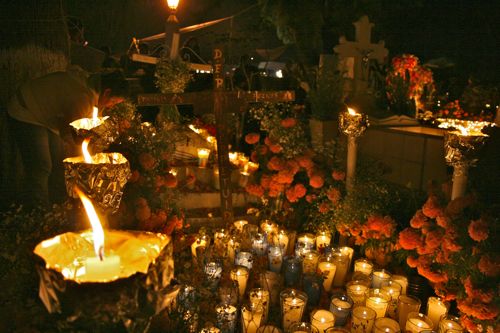 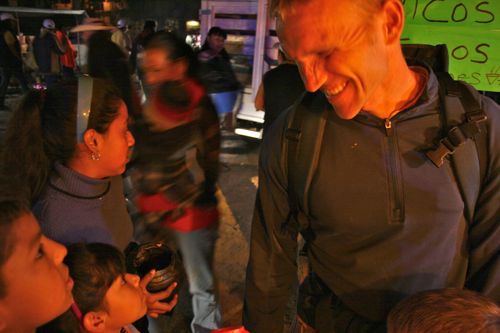 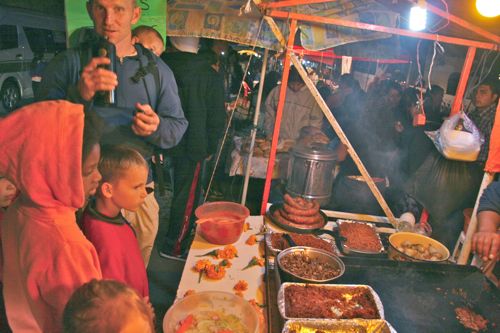 The best part was the delicious food. We tried lots and lots of food - tacos, flautas, ponche, coco, dulces and more. 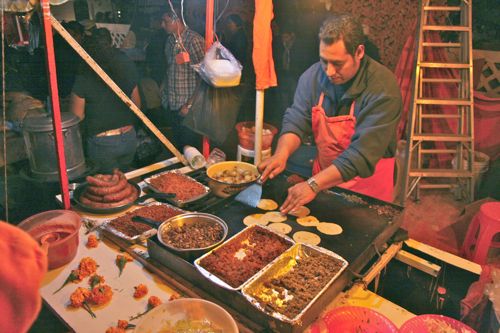 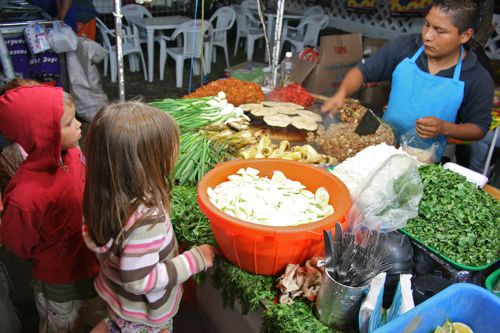 Watch the video below. Click here if you can't see it.

Have you celebrated Dia de Muertos in Mexico? Where?