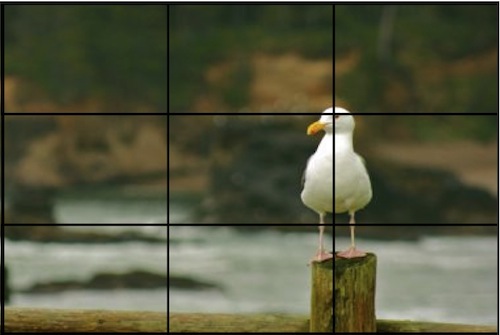 Perhaps one of the most basic and applicable rules of photography is the Rule of Thirds.

The Rule of Thirds is a composition technique that you can begin using right away - without any knowledge of aperture, shutter speed - or even the use of a 'fancy' camera - it can be just as easily applied on a 'point-and-shoot' as on an uber-expensive Mark II.

NOT following this rule doesn't mean that you won't have interesting and engaging photos, but it's easier to 'break' this rule and still get great shots, if you understand the concept behind it

Using the Rule of Thirds can improve your photography right away, and is the first step in moving your photos from 'amateur' to 'professional' level.

The secret to the Rule of Thirds, as you look through your viewfinder or at the LCD display, is to imagine the following grid dividing up the image your photographing into 'thirds':

The theory is that you place your subject, or the points of interest, along one of the lines, or at one of the four intersections of those lines.

Studies show that when viewing an image, people's eyes naturally go to one of the four intersecting points, not to the center of the photo. Using the Rule of Thirds helps you work with the eye's natural inclination, and makes your shot more visually appealing.

Compare the photographs below: 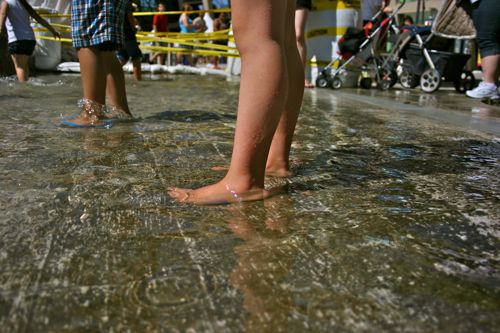 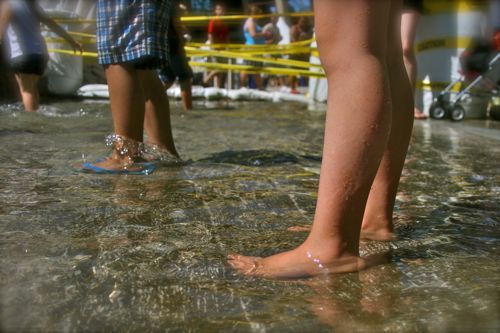 Which composition do you find more visually appealing?

If you're like me, the bottom photo just seems more natural and interesting. That's because it's effectively using the Rule of Thirds. 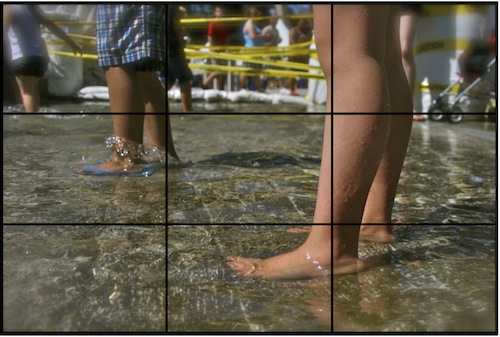 An even better composition may have had both pair of legs positioned with the lines and intersections. But you take what you can get when you're photographing fast moving children.

However, the point isn't to have the subjects exactly lined up, but to use these imaginary lines as a general guideline. 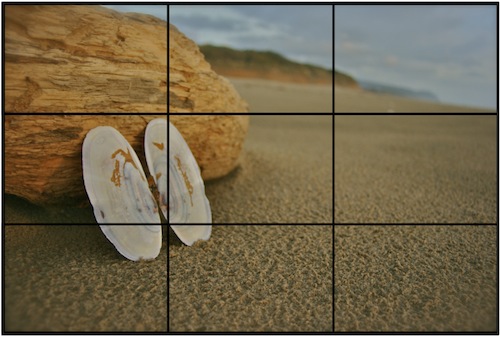 This makes a much more interesting shot than if you just had the shells centered in the photo. 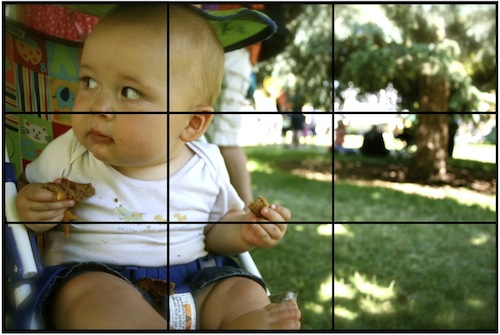 Placing him on the edge of the photo makes it more interesting than if he was smack-dab in the center. Again, an even better shot might have been with his eyes at the intersecting point.

The Rule of Thirds can also be applied horizontally, as below: 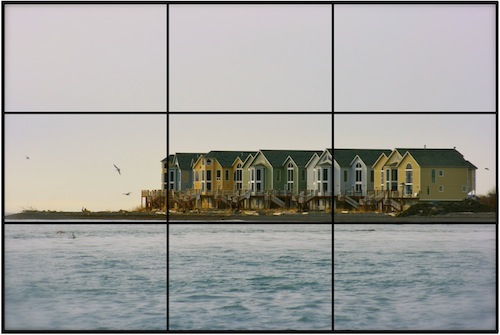 Placing the horizon line on one of the 'thirds' makes for a much more interesting picture, than when you place the horizon right in the center. 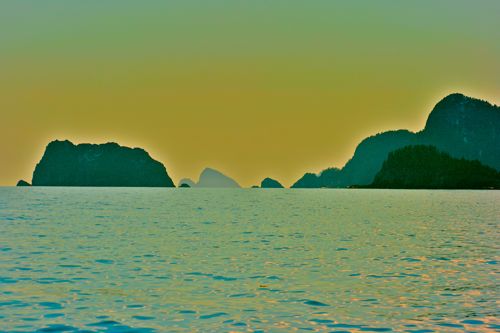 Remember! You don't have to use the Rule of Thirds 'perfectly', just follow the principle of arranging the composition of your photo in a style that is naturally more visually appealing.

Try the Rule of Thirds for yourself and see what you think. 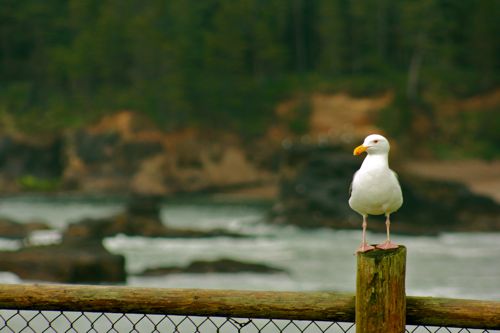