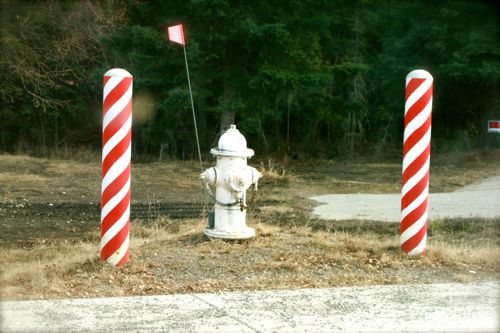 After exploring Fairbanks, we continued along the Glenn Highway toward Tok, Alaska - our planned stop for the night.

Along the way we stopped off at the North Pole - North Pole, Alaska that is.

Santa was on a seasonal break, but we got to visit his reindeer and sit in his chair. 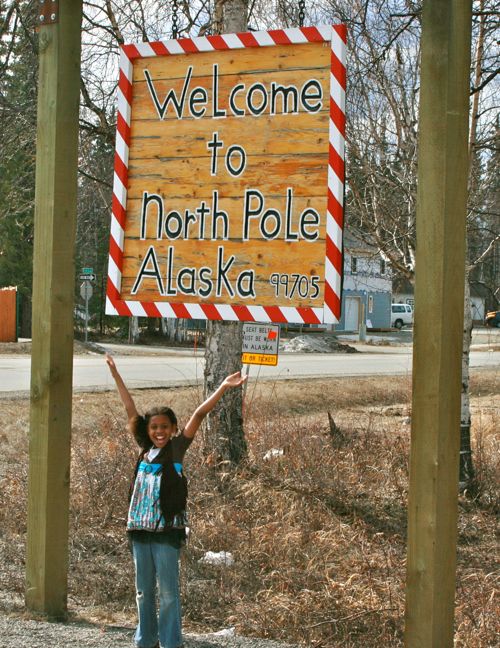 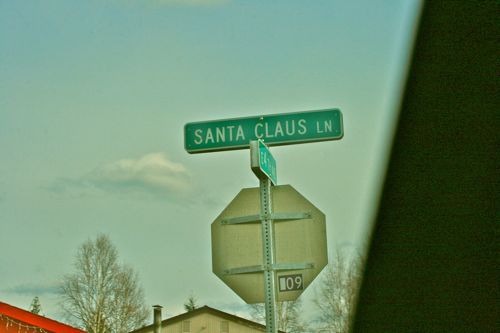 The whole town gets into the spriit of the North Pole - from street names... 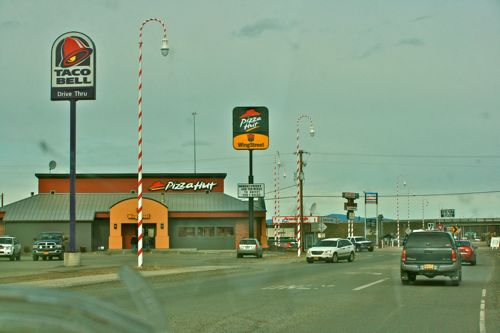 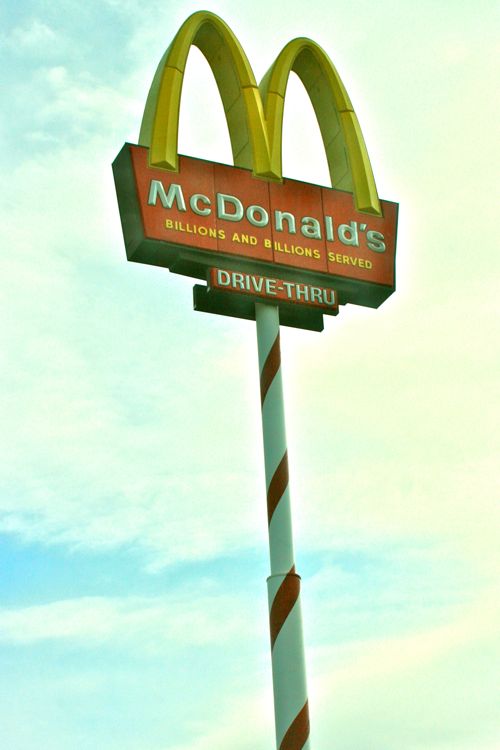 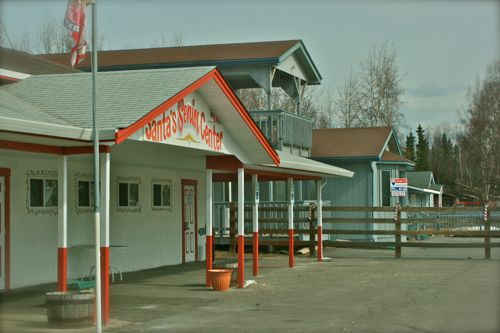 to retirement centers. (I even saw the St. Nicolas Catholic Church) 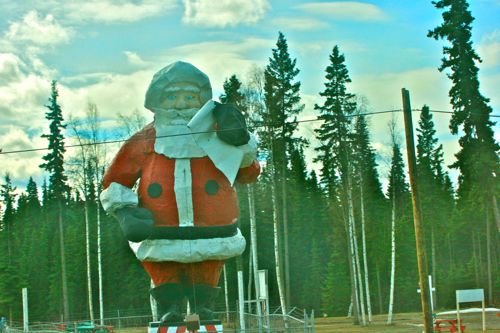 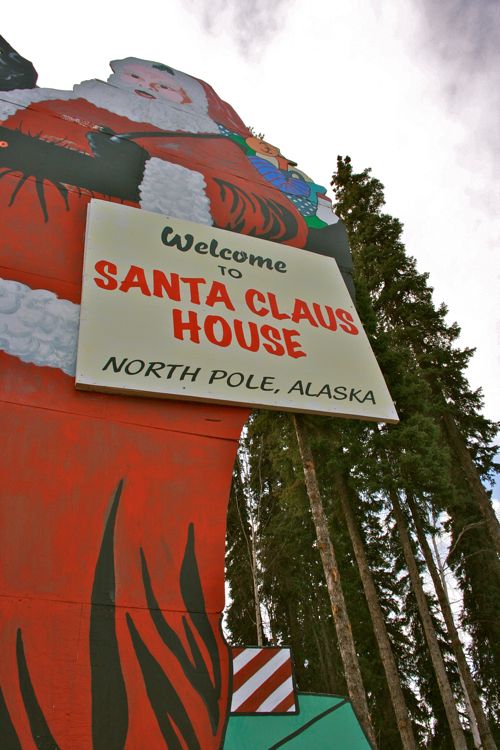 This is where you can see Santa during the summer season. 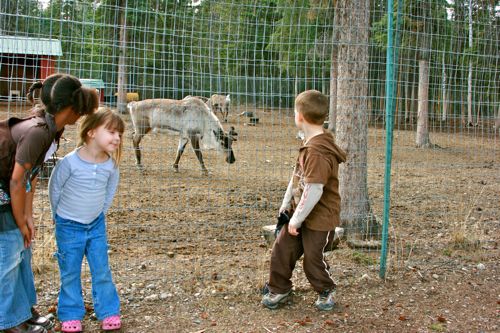 His reindeer were on site 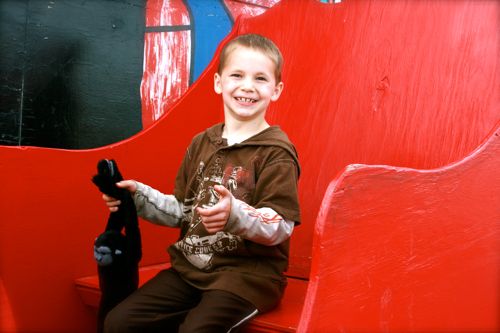 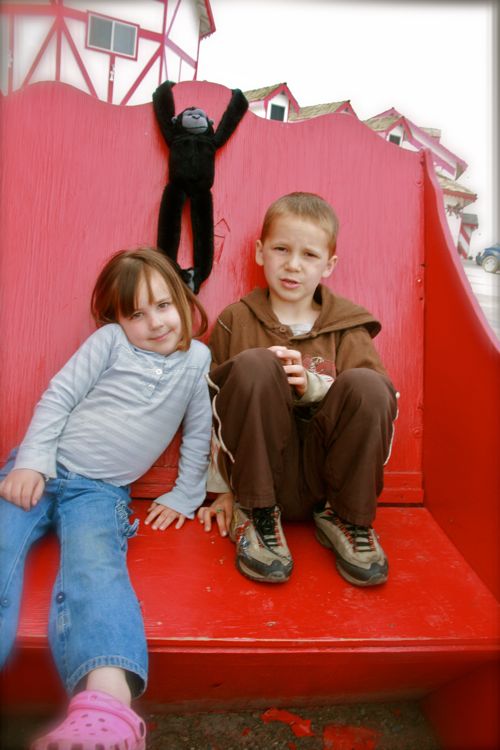 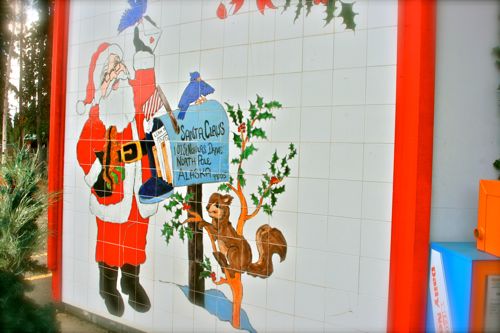 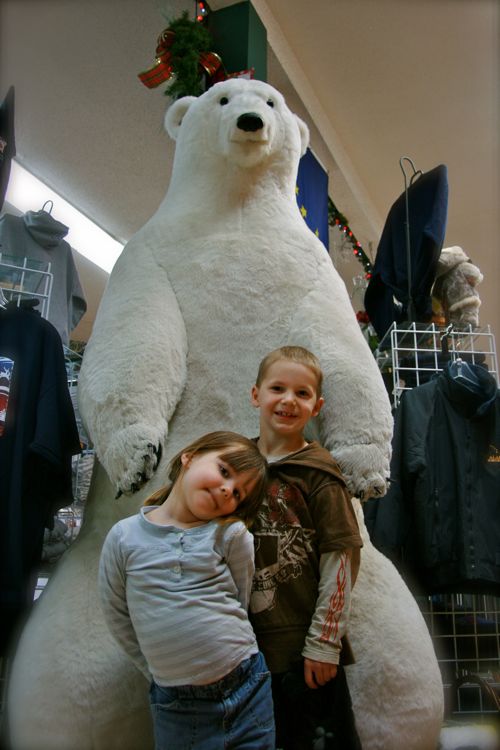 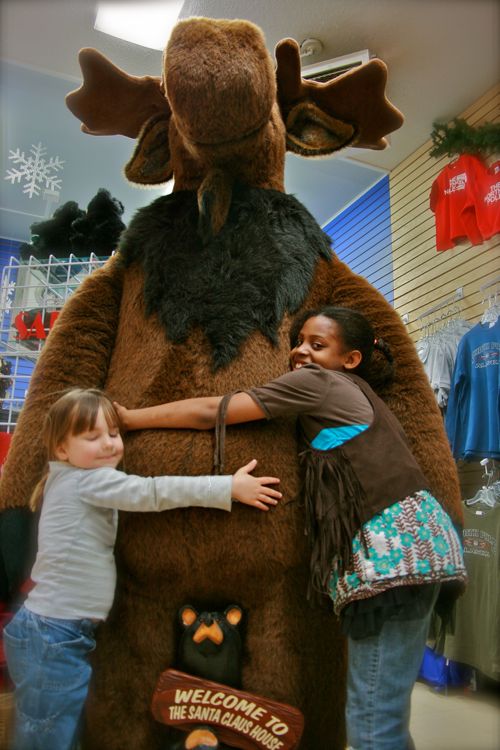 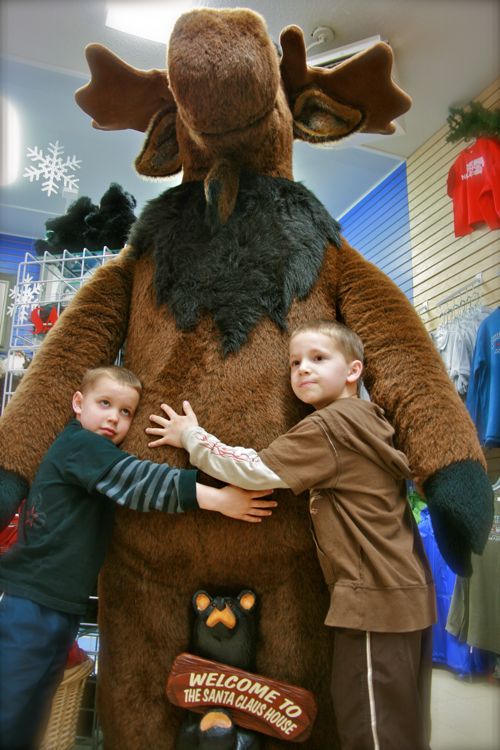 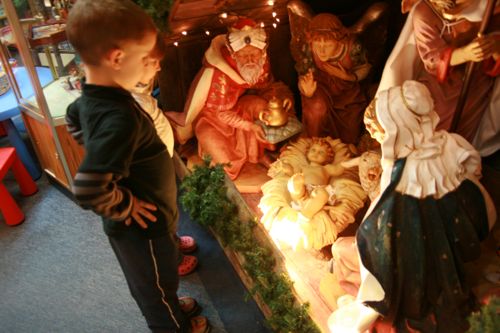 The reason for the season was not forgotten 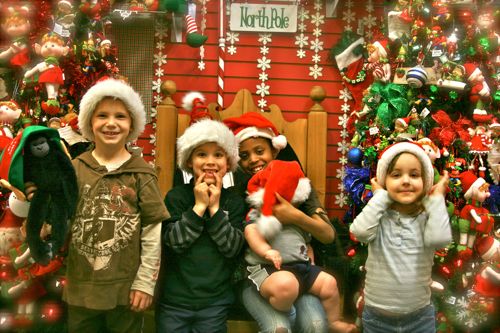 My little elves in Santa's chair 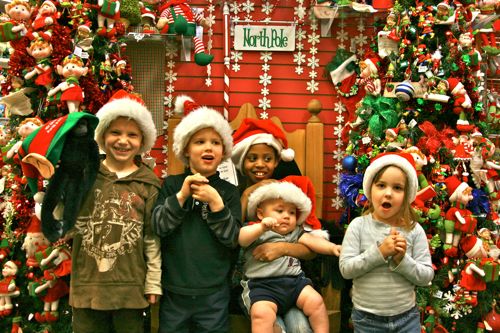