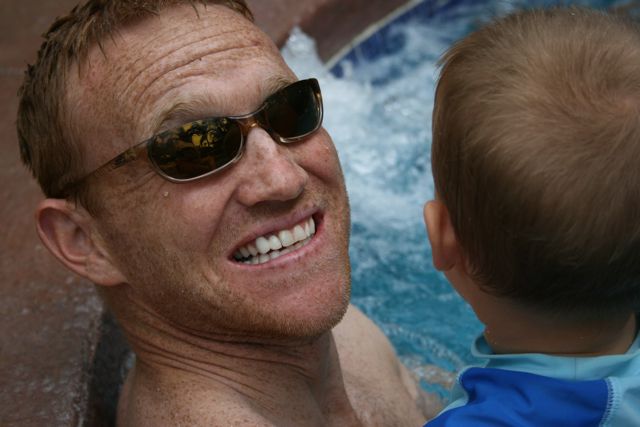 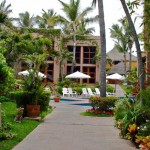 We have a decision to make. Do leave our beloved El Ranchos, with her heavenly gardens and solitary tranquility?

We have no real schedule, or timetable to keep, yet our travel virginity, our impatient enthusiasm for adventure, pushes us on and on, to the next bend in the road, the next horizon.

Errantly, we are intent on arriving at the next destination, rather than relishing the journey.

Maxim #1
“A good traveler has no fixed plans, and is not intent on arriving.”
Lao Tzu

Stripping down to his birthday suit, he scatters his clothes on the pool deck, then bounds back butt naked to our villa to fetch his swim trunks, while we enjoy a good hearty laugh. 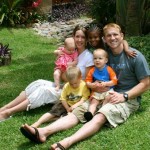 We enjoy a final swim, then gather our belongings and bid farewell to the hospitable staff, who requests to take our picture.

Driving south for about four hours on Mexico Highway 15, we stop first at Playa Las Islitas, a mecca for surfers trying to catch 'The Big Wave', the Holy Grail of Surfing - an occasional 20 foot breaker that carries surfers a Guinness Book World Record mile and a quarter to the shore of Playa Matenchen.

It's not surfing season, so we have the beautifully peaceful beach to ourselves, except for a lone white man who is out walking. 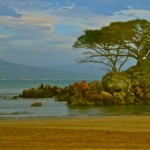 Standing like sentinels, a row of coconut palms guard the dark sand beach which imperceptibly slopes into a clear black lagoon enclosed by a vegetated rocky outcropping.

My husband strikes up a conversation with the walker, and discovers he's an expatriate American who owns a yellow house at the far end of the beach.

The man with the yellow house relates at length surfing tales of 'The Big Wave', while I capture photographs, and the kids play a rowdy game of tag and wade in the cool water.

Regrettably we're driven to depart due to the increasingly annoying 'jejenes', microscopic biting gnats, that seem to worsen their attack as dusk approaches. 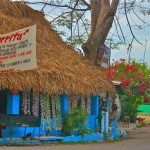 But not before stopping at a close-at-hand palapa for a taste of the 'world's original pan de platano.' I don't know if it really is the world's first, but it could certainly compete as being the world's best banana bread.

Next stop is nearby San Blas. My first reaction is fear.

Fear comes, not because of where I am, or what I see. My fear started long before that. 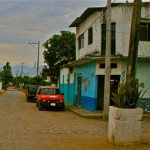 It started with how I learned to view the world.

In the country of my birth, the parts of town that were run down, abandoned, grafittied, and inhabited by the dismissed and disdained members of the animal kingdom, were the 'bad' and 'scary' parts of town. The parts that you didn't visit.

Whether or not it was accurate, it became my frame of reference, the glasses through which I viewed the world.

So as we enter San Blas, instead of seeing a quaint Mexican town with cobblestone streets and bicycle peddling residents, I'm looking through tarnished spectacles.

I espy what I've been trained to see- rabid-looking dogs, and abandoned, graffitied buildings- and through my 'tourist' glasses, I have an incorrect perception of reality.

Hence I label this hamlet as hazardous to my safety. I see 'scary'. I see 'dangerous.'

Maxim #2
“The real voyage of discovery consists not in seeking new landscapes
but in having new eyes.”
Marcel Proust 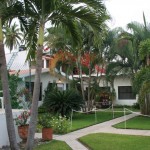 We secure accommodations at the Casa Roxanna. Besides our roach motel experience in Los Mochis, this is the first 'authentically Mexican' hotel we'll be staying at.

I'm originally nervous about what I'll find, but the pleasant grounds with flowers, palms and swimming pool, prove to be promising. I discover it to be simple and comfortable, despite lacking air conditioning.

Now we go in search of food. To this point in our journey, we've been uncertain about eating local fare. How do you know where to eat, and if it will be safe?

Our options are limited now. If we want to eat, we'll have to 'go local.'

Maxim #3
"If you reject the food, ignore the customs, fear the religion
and avoid the people, you might better stay home."
James Michener 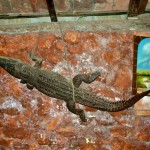 We choose El Cocodrilo, in part because of the taxidermic decor on the wall - a large croc- which delights my two little boys.

Our table is opposite the open windows which look out onto the main town square. Evening is approaching, street lamps light and cast a golden hue on the townsfolk that are gathering.

Indistinctly, wistfully, music plays, filling the night with a sentiment of nostalgia.

Meanwhile, back in the restaurant, my eyes are glued to the scene. I'm completely captivated by the chance to watch a 'foreign' people in their 'natural habitat.'

Take away language and distinguishing characteristics like skin color, and these could be any people in any city or town in the world. 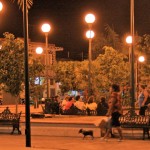 These people were just like me, and all the people I knew. They weren't any different.

Enthralled by the scene, the more I watched, the more I imagined myself as one of them, living out my life in this small hamlet by the sea.

I felt a kinship, a connection.

Where did I ever garnish the idea that 'foreigners' would be somehow 'foreign', or that this place was somehow dangerous? And what other ideologies did I hold that were also incorrect?

Maxim #4
"Travel can be one of the most rewarding forms of introspection."
Lawrence Durrell 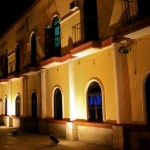 The kids impatiently wriggle waiting for the food, their little tummies are hungry.

But the comida finally arrives, and it is well worth the wait (the best we've had since arriving in Mexico).

Paying the bill, we cross the street to intermingle. Our children quickly make friends. My husband strikes up a few conversations.

Not entirely fluent, and naturally reserved, I smile and snap photos of the architecture, but my heart is warm.

My view of the world has been altered. That's a rewarding day's travel.

Maxim #5
“Experience, travel - these are as education in themselves”
Euripedes