When I sent out my last post about our upcoming move to Germany, I received quite a response.

Most of it was positive.

Thanks for sharing and inspiring other families to be nomadic!

Wow, what a leap! Best wishes for things to go as smoothly as possible now that the countdown to the move is ticking by. I'm really excited to see your posts once you're over there. Europe is so amazing and talk about a rich learning environment for everybody. Wow!

I love how you chose Germany - so much cooler than what I assumed . . . a great job opportunity, or something like that. That would be cool too but I love that you chose and that it is where you are supposed to be and want to be and is your next step. Inspirational as always. Thanks.

Some had questions. A few expressed some concerns.

For how long can you be tourists in Germany? We want to homeschool too, so we have not given Germany much thought...

Is it right what I just read that you are all coming to continuous gray sky Germany, where the winter holds for at least 9 months!?

... your family is an inspiration for nomadic life and now you're coming to one of the countries which has most of bottlenecks to create such a lifestyle!? Germans wanna leave as soon as there are allowed to America and you're doing the opposite!?

... I don't wanna disancourage you and your family, but Germany is a very tough country with regards to foreigners that wanna settle down here.

I was so surprised, I mean about your choice, it's a big change. And Germany is really cold and grey, and strict. I hope [Germany] will not be too stressful for the children. Spain or France or Italy maybe is better... in case you don't feel happy you can always change countries

I think one of the biggest barriers to this is money/ work arrangements while having children... how do people afford to travel so much?

Others sardonically wished us well saying,

Good luck... you're going to need it.

So I thought I would take the chance to clear up a few misconceptions and answer some of those FAQs, as well as a couple of my own misgivings.

While this is the terminology my husband and I use -- 'moving' -- I suppose it would be more accurate to say:

"We're getting rid of most of our stuff (again) and flying one-way across the pond to Europe where we plan to (slowly) explore and look for a long-term home base. We'll be landing in Germany to start."

Land in Germany, rent a house, live, work and explore (our first weekend there we plan to drive an hour to France for breakfast, an hour to Luxembourg City for lunch, then to Trier, the oldest city in Germany for dinner, then back home. Not bad to hit 3 countries in four hours driving time.)

After about 3 months we'll fly to Morocco, where we'll stay for 3 months, to reset our Schengen Visa requirements.

Then back to Germany (I want to be there for Christmas to enjoy the ChristKindlmarkts)? Then France? Italy? for another 3 months or so before we fly to another non-Schengen country.

Wait a minute. Shenanigan? Say what? 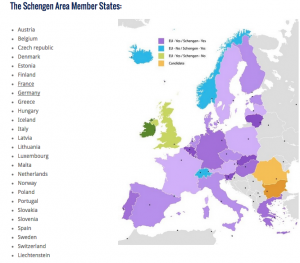 In order to reset that, and have more time, we have to leave the Schengen area for 90 days (until our 180 day period is up) before we can visit those countries again.

The Schengen Area is the area comprising 26 European countries that have abolished passport and any other type of border control at their common borders, also referred to as internal borders. -- Wikipedia

So while we are currently 'moving' to Germany, we won't (can't) stay there (or anywhere in the Schengen area). We will go back and forth, but we'll have to leave every 90 days... there aren't many ways to stay longer than that.

As a result, we won't be dealing with paying taxes in Germany, or being required to register our kids in school, or have to show proof of health insurance (some of the other concerns that were expressed. You may already know our take on health insurance.)

IF we do decide that we want to make Germany (or any other European country) our long-term home base, then we'll probably move forward with getting European residency.

Homeschooling in Germany IS illegal, and from the messages that my German friends sent me after my last post, they are pretty strict about it...

I wanted to tell you, that you should be careful about Germany and homeschooling. They are very very strict, that is why so many families leave Germany each year.

if you stay at the same place for long, chances are that people will ask you about schooling and even send the police to check. It is very strict - but you are probably right, they will leave you alone as long as you are tourist, but if you stay longer it could become a problem.

Another advantage we have, however, is that we're moving to an area that has a US military base -- in fact the largest base outside of the US. According to our military friends, the German government 'leaves us alone', allowing the Americans in that area to do schooling however they want.

Once we're on the ground, we'll have a better idea of what it's really like, and will use the 'strictness' in regard to our homeschooling as a deciding factor on whether Germany becomes a long-term base or not.

And if we have to leave, we have lots of options... I know homeschooling is legal in France, and the border is only 1 hour away. Ooo la la 😉

How Do You Afford to Travel so Much?

This is obviously an ongoing question. Who doesn't want to know the answer to it? And, at least for us, the answer has changed over the years (here I wrote about 16 ways we've funded travel).

But to date, for this next adventure, how are we doing it?

It means that we have location independent income generated from taking skills we have and we use them to help others -- online.

For me, that means I use my WordPress, writing, design and website skills to help clients write, build, promote and create their businesses online.

For my husband that means he uses his speaking, motivational, educational and awesome-sauce inspiration to mentor teens and youth who are 'alternatively' schooled and are on the path to a world-class, leadership-based, liberal-arts education. They meet every week using Zoom (think Skype on steroids). 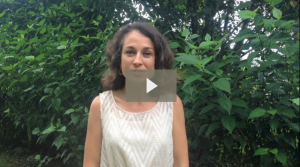 If you're reading this and you think you'd like to do something similar to earn online, the best place to get started is with the free online skills training that my good (Aussie) friend Danielle Greason has available.

It teaches you the basic things you need to create an online presence, as well as the skills that online business owners are willing to pay for.These skills are also a great place to start if you want to build  your own online business (as opposed to working for someone else), since they are all the same skills you'll need to have (or hire someone for) in order to make it happen it.

Once you have an income, affording travel is 'easy', especially long-term, when travel and living expenses become one and the same.

We're not staying at hotels at $100+ a night (about what it would cost for two rooms for our large family). We're renting a house that averages to $50/night instead, and we have no 'at home' housing expenses.

We're not eating out at restaurants. We'll be shopping at the grocery store and cooking at home.

All these things add up so that travel becomes as affordable as normal life.

What About Your Dog?

In Guatemala we bought a pit bull puppy (we named him Epic), who grew up there, and then moved with us to Costa Rica. While living there we added another dog, a purebred Cane (ka-nae) Corso  (an Italian Mastiff) which we rescued for a breeder. (Greg has always wanted a Cane Corso, so he jumped at the chance.)

We had been living in the mountains (house sitting), and we decided to move down to the Southern Coast. By this time, our pit bull Epic had developed hip dysplasia, and had a difficult time walking around. There was another pit bull, an older female, that lived at the house where we were staying, and belonged to the caretaker who stayed at the property (which included 80 acres/324,000 m2).

Long story short, we decided to leave Epic with the caretaker (who asked to keep him) and his doggy friend. We figured this would be a better life for him, despite the tears and sad goodbye.

The rescued Cane Corso lived with us here at Finca Ipe for awhile, until we made the decision to move to Europe, at which point we contacted the breeder who eagerly took her back (and praised Greg's name because she looked so much better than when we got her).

So, essentially, we are currently dog-free.

There's How Many People in Germany!?

I mean, I knew there were lots of people in Europe. But I didn't really think about how many people. Until I looked up the population of Germany.

Eighty million people! That's a lot of people, peeps! That's 25% of the population of the United States in a space just slightly larger than the state of Utah (which only has a population of 3 million, by the way).

Costa Rica only has 4 million people (but Germany is 7 times larger than it, at least).

Wow... Are we ready for this population surge? Are we going to feel crowded? (Germans have a smaller 'personal space' boundary too).

Can We Do Any Good in Germany (and Europe)?

Germany is a prosperous, well-to-do, 'first world' country. I've been wondering if there will be any 'humanitarian' work to be done.

It's easy in the 'third world' -- teaching self-reliance in Guatemala at the non-profit organization we co-founded, or helping a widow grow their micro-businesses in Costa Rica.

Would 'doing good' become a thing of the past for our family?

Then we picked up a hitchhiker, a young girl from Sweden. Her body was literally nothing but skin and bones. I was tempted to judge her, ridicule her.

But the more we talked, the more my heart softened and I had compassion. She opened up, shared her story and her struggles, about wanting to do good things, make good choices, but messing up, making mistakes, and being unable to forgive herself.

She shared her desire for love and acceptance, and her self-knowledge about behavior that actually produced the opposite result.

We talked and talked, and shared Greg's story about being homeless, making conscious decisions to create a better life, and then taking action to make it happen. If he can do it, she can too.

We shared the importance of replacing negative thinking patterns with inspiring ideas, which can be found in the best books. Over time, these thoughts become your own, they become a part of you, and help you change your life for the better.

She couldn't get enough! She asked me to repeat certain phrases and ideas, and took notes in her phone. You could see hope in her eyes.

Arriving at her destination, I gave her a hug, and I was filled with understanding. She is starving. Starving for love, for acceptance, for touch and kindness. This need is so great it's physically manifesting in her body.

As I waved goodbye I knew. Soul-famine is prevalent everywhere, and is as worthwhile as feeding the hungry or clothing the naked.

There's good to be done no matter where we go.

We love your comments, please leave them below.