Guest post by David Green, a friend we met in Panajachel, Guatemala. He's been in Kenya for several weeks and I find his experience so fascinating, so I wanted to share it. You can watch his 'how to fund travel' interview here.

So why are Kenyan runners so fast?

This question has been asked to me almost once a week since I have been here in Kenya. Honestly, I was a little curious myself. Hence, I've dedicated the last five weeks of my life to figuring out their little secret.

Before you waste your time reading any further, I have to tell you, there is no holy grail, no secrete elixir, or extra muscle that equates to their greatness at middle and long distance running.

Needless to say, after my time with them I'm not gonna be breaking any records soon. I am faster, but only after dropping a few pounds and training religiously for the last five weeks at altitude -- nothing that I couldn't have done on my own in Bolder, Colorado. So why are they so fast? Here is what I believe their secret to be:

First of all, we have to prove their dominance as world champions. I knew they were good, but I didn't know how good until living here and seeing Olympic medalist and world record holders on a daily basis.

The Kenyans are quite simply the greatest runners on earth. Here are a few interesting facts: 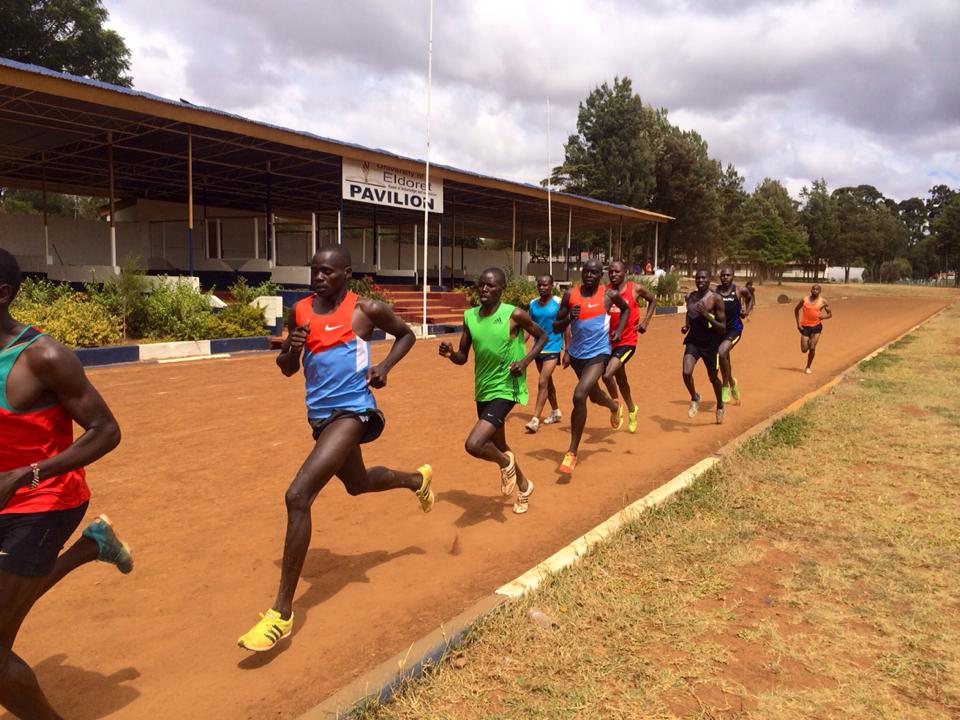 Okay, so now that we have proven they are the best, the question is, "Why?"

Sadly, I don't think there is just one answer. There have been whole books written about this one question. Kenyan athletes have been poked and prodded almost as much as Lance Armstrong.

As a matter of fact, the only other time I saw another white person show up to our camp, other than our Italian trainer Claudio, was a man testing for performance enhancers. The scientists and physicians can't figure out why the Kalengin produce the world's greatest runners.

While in Ethiopia, an Indian man I was staying with honestly believed they have an extra muscle in their leg that gives them the advantage.

If you ask Kenyans, they have two responses:

So what do I think? I can't give you a list of reasons why, but I can give you some ways we can incorporate what they do into your training plan. I'll try to explain to the best of my ability.

This can't be taken for granted. Kenyans have a very skinny build, skinny ankles, and a very slender small frame. Perfectly ergonomically efficient for distance running. Possibly why Kenyans dominate middle and long distance events and not the short sprints. Have you seen Usain Bolts gigantic leg muscles? (He is a Jamaican sprinter with big quads)

I still can't properly breath up here at 9,000 feet, much less run. The guys born and raised here fly at sea level races!

The Kalengin are a perfect balance of poor and wealthy. Let me explain. They are poor enough that the thousand dollar  to hundred thousand dollar purse prize will change their life and positively impact their village. This is a huge incentive to risk it all! It's like the American's obsession with the mega million lottery.

The Kalengin tribe are subsistence farmers and 100 percent sustainable. They are wealthy enough that if a runner shows promise, their family and community can afford to support this athlete so that all he has to do is train. Nothing else. This would never happen in other developing countries as everybody has to struggle/work to survive. Even in the US, Home Depot gets a lot of press for employing Olympic athletes. Other aspiring athletes must go to college to compete, thus taking up their free time. Kenyan athletes have no other job than to run. Which leads me to my next point:

Kenyan athletes really have no other obligations than to run! They live in training camps, and their family members don't require them to do household chores. When European athletes come to Kenya to train, the biggest contrast that is noticed is that if these guys are not upright running, they are lying down soaking up sun or in their rooms napping, getting ready for the next run. Some times, they are running three times a day -- 6:00 a.m. morning run; 10:00 a.m. focus training run; 4:00 p.m. recovery run. It's pretty impressive. I bet these guys honestly run more than they walk. Ironically, I have become soo lazy over the last 5 weeks! 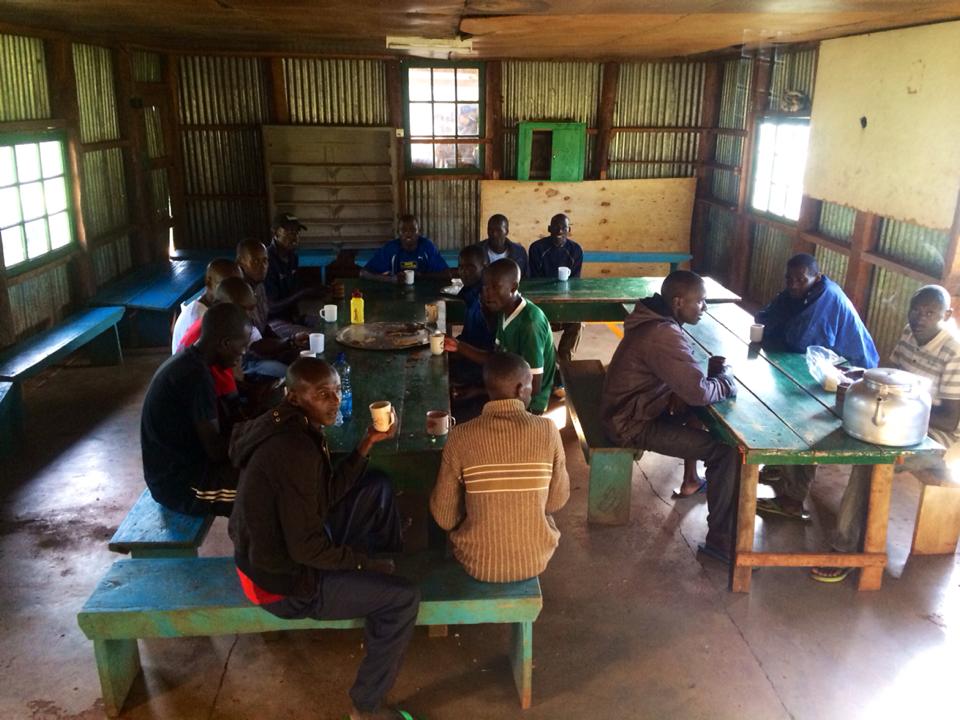 From the time they are young, the Kalengin see people just like them, their own neighbors and friends, running daily and then going on to compete and make millions of dollars. They become their Heroes. Every little boy and girls wants to run. (Coincidently, on my morning runs, after I was left behind by the main group, I still had people to run with -- the boys and girls running barefoot to school. Children, no older than 7 years old, with perfect form, as if they were floating. If you ever wanna learn good running form, watch a Kenyan child run.)

If you are surrounded by, and grow up with, good runners, you too will probably be a good runner.

If you are a runner, you have experienced this. Running in groups helps you to be a better runner. Now picture this. In Iten, the most famous running town here in Kenyan -- a town of only 4,000 people -- 1,000 of them claim to be professional runners. How is that for a running group! It is a proven fact that when a group does something well together, the individuals will continue to succeed.

This is what I truly believe the secrete to be. Each and every one of these runners believe they are going to be a champion. There is no such thing as a recreational runner here. You are either racing, running to win, or you don't run, you work in the field instead.

At the start of every race -- as logically bizarre as it might sound to you or I -- every one of them believes -- and races -- like they will win!

My coach, a former Olympian, now has a big old potbelly. He stopped running a long time ago, but is only 35. We were talking about running and I mentioned, "Why don't you start running again?"

He said, "Yea, I think I might. I wanna run the such and such marathon again."

Out of curiosity, to see if I could get a training partner out of him, I asked, "So what do you think your time will be?"

Without thinking or hesitating, he looked me right in the eye, overflowing with belief and said, "I can still run a sub 2:10. I'll run aaaah 2:09. Yea, that's what I'll run."

And you know what, I believe him. 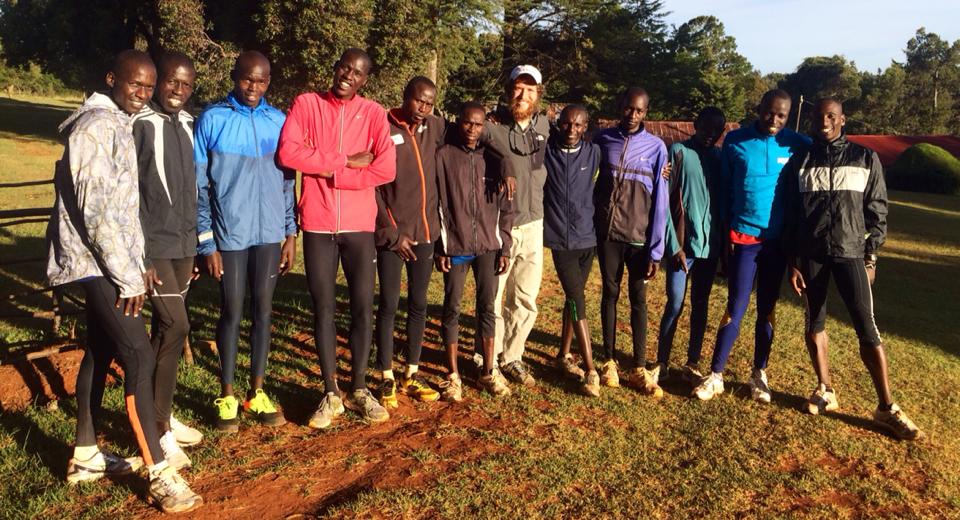 As an endurance athlete, I have long appreciated the power of the mind. My body has never let me down, but my mind does every day. Running is 50/50 mental/physical. Marathons are 80/20. Elite Marathons 90/10.

The Kenyans have the mental game down solid! Just watch them as they run their next race. It's like they are on a different planet mentally. If the camera were to only focus on the upper half of their body, cutting off there legs, you wouldn't even know they were running hard. And as a runner, I know they are hurting, suffering, and in pain. They just have some way of blocking all of the negative thoughts that must cross their mind as they run. Or at least that cross the mind of us mere mortals.

I think the scientists are looking at this amazing phenomenon of world champions the wrong way. We should be sending sports psychologists to Kenya to see how their mind works, and not looking for that extra muscle or hidden gene.

Their unbelievable confidence in their own ability, in combination with their desire, drive, body form, lifestyle, diet, and simplicity make the Kenyans the undisputed Champions of the World.

I'm not recommending you live life like the Kenyans to become faster, or a better runner. But perhaps we can still learn from them about living simpler, removing unnecessary, self-imposed stress, and ultimately believing, and having the confidence that you can.

If you are interested in coming to Kenyan and training with them for a week / month / season, let me know in the comments below. I would be glad to help you out and put you in contact.