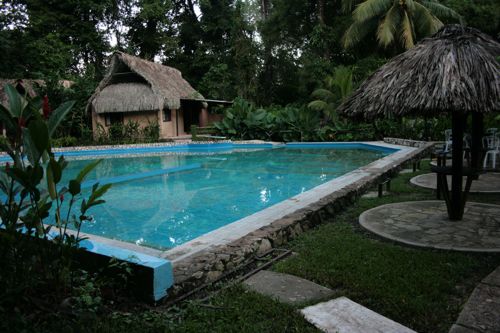 Eventually, it was the ants that drove us out.

We didn't have any money after our accident (well, at least pesos), and we wouldn't for awhile, waiting for a delayed bank transfer.

We were already into the Agua Azul complex. We had food, and we could camp for free. We could have stayed.

But eventually, it was the ants. Biting, vicious, ruthless. You could hardly step out of the truck without getting bit.

Around every door, at the tailgate. While we tried to eat and play and work, they were there, biting and biting, until we looked like chicken pox infected lepers.

We'd spent most the day playing in the refreshing waters of the jeweled river. But back at the truck, the ants were there waiting. We couldn't take another evening of being attacked. So we left.

Palenque was the next stop, and not very far. In Teotihuacan, we had traded publicity for free camping at Trailer Park Teotihuacan. We thought we would try the same thing at Mayabell, a campground located just a kilometer or so from the ruins of Palenque.

They agreed, and we set up camp for the night, as the howler monkeys started their throaty chants from their thrones in the canopy of the jungle trees.

Our own howlers were making a fair share of noise, and we stressed about disturbing the other campers with our troop. Ugh, this is why we don't like campgrounds, our monkeys have to behave.

But the sun was soon down, and sleepy heads drooped then drifted off. Then daddy and I had a spontaneous date at the onsite restaurant. There was no money to buy food, but we listened to the local musicians play just the same. That was a nice treat.

The howlers were still calling as we went to bed, where we slept perfectly comfortable in the balmy night.

Mayabell was a beautiful spot, and it gave us some great ideas for when we build our house someday (yes, we are actually thinking about it. You have to plan ahead, right?) 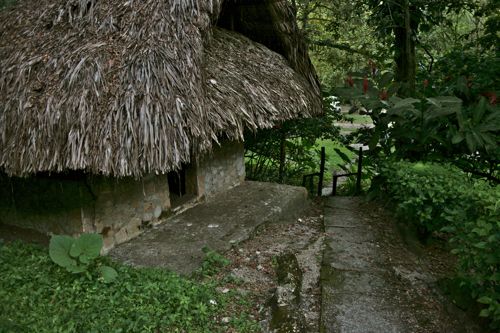 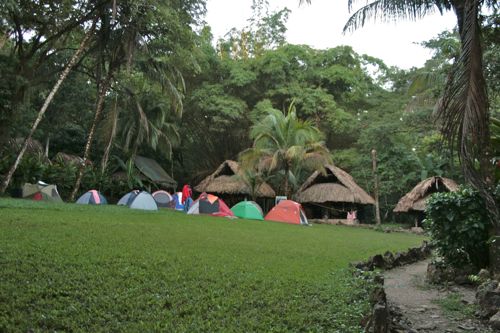 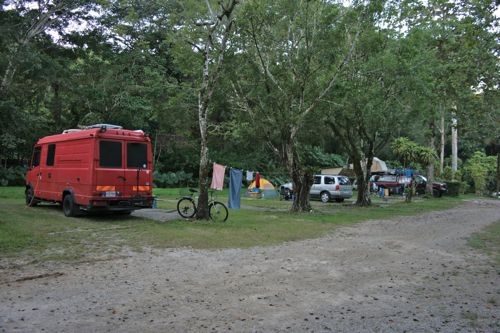 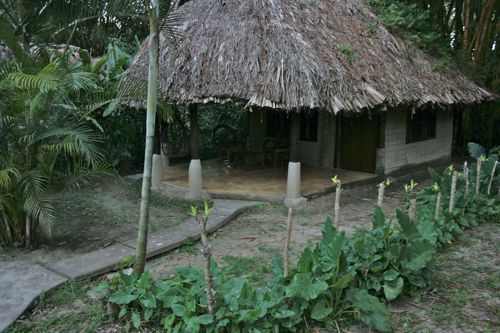 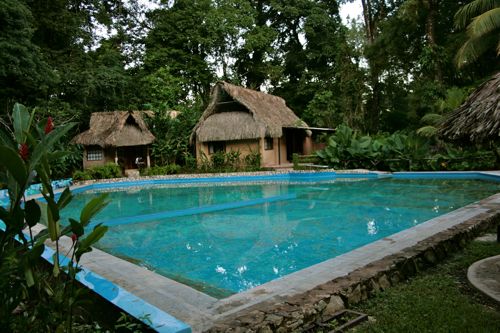 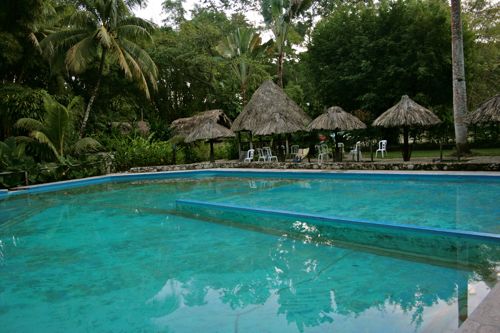 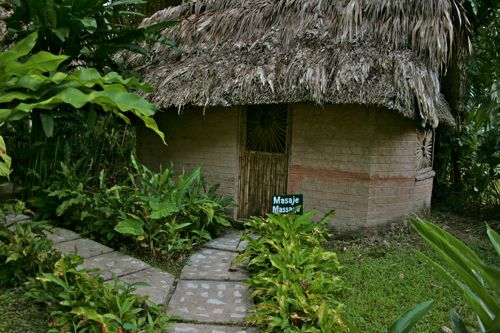