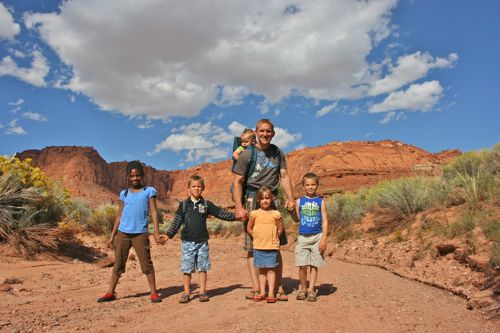 (Videos and photos below)

Tears streaming down their faces, every child (except for baby Atlas) gathered around daddy, looking for comfort for their complaints.

We'd reached a breaking point. It was unavoidable I suppose. They'd done amazingly well so far - 4 miles, 3 hours, over rocks, through rivers and over waterfalls.

It had been a grand time - splashing, jumping, climbing. Exploring red rock and slot canyons, squishing our toes in the mud, and wading through the river. We'd had a picnic and took lots of pictures.

Then the sun started to get low in the sky. The air started to cool, we experienced a couple of tumbles, tired muscles emerged and bellies started to growl.

And we really didn't know how much further until we reached our destination. We just hoped we would reach it before dark, hiking this without light would be impossible.

Daddy had been carrying baby Atlas on his back, now he had four-year-old Aaliyah in his arms.

Now that the breaking point had been reached, he was also intermittently carrying six-year-old Kimball.

They were all crying. They didn't want to go on, they just wanted to be 'home' (the truck).

But what can be done? When you're in the middle of the wilderness, and you're too tired to go on, there's only one thing to do...go on.

It's forced self-discipline. Toughness by compulsion.

That's what's great about nature. It puts you in situations that test you, make you grow.

This was one of those moments, and we recognized it. We could either scar our kids, and ensure that they would never want to go hiking again, or we could teach them how to overcome challenges and push through obstacles, skills that would help them deal with stumbling blocks in life.

Focusing on what we were capable of controlling, we encouraged, praised, cheered and assured. We remained positive and enthusiastic. We pushed on.

Slowly the mood starts to turn. Still tired, their thoughts at least began to focus on finishing. In the diminishing twilight, we finally spot a telephone pole - a sign of civilization. We'd made it out.

In the dark at the Visitors Center, re-hydrating at the drinking fountain, we discussed what we had just accomplished. 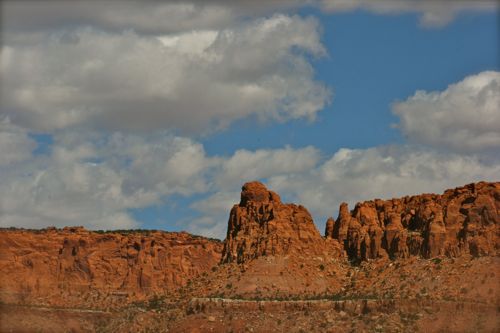 The colors of these cliffs are incredible 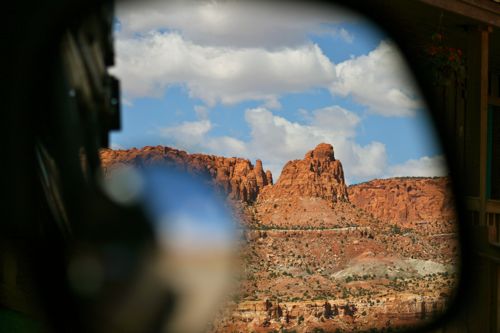 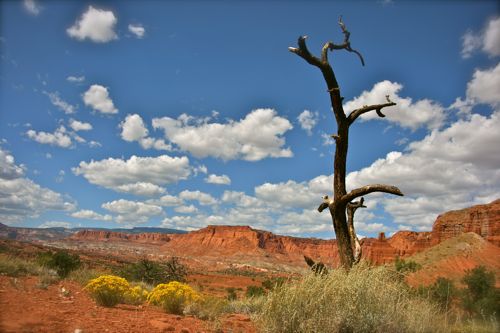 Contrasted against this blue sky 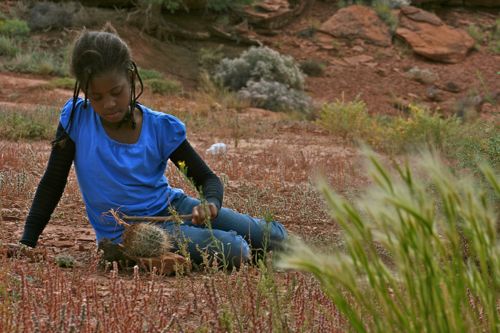 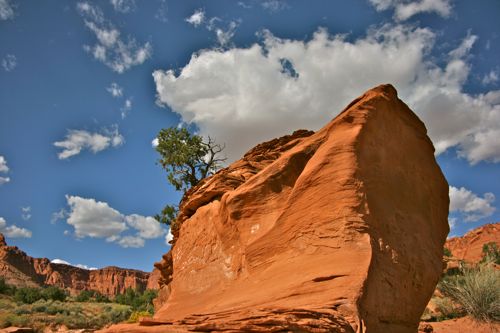 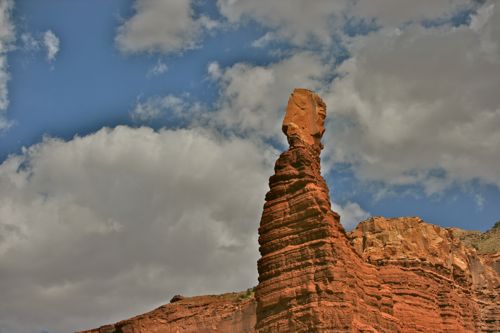 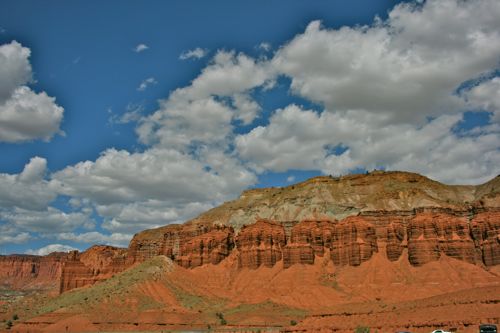 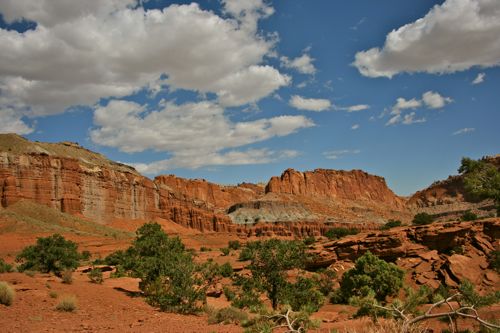 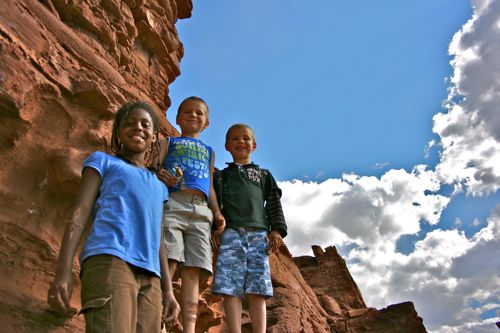 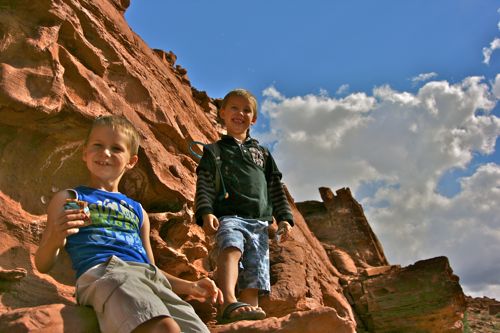 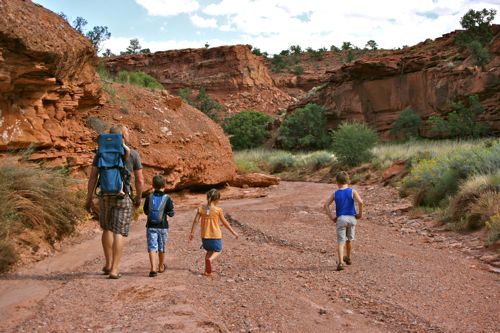 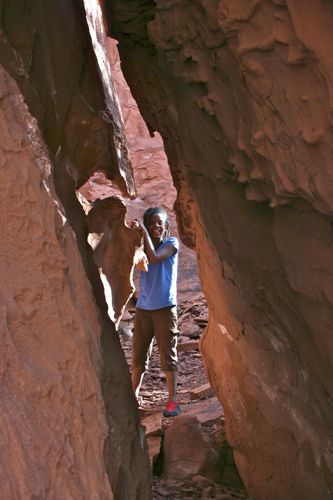 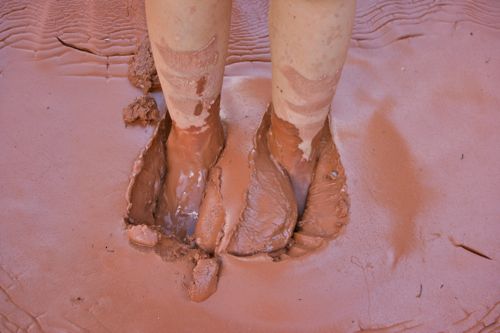 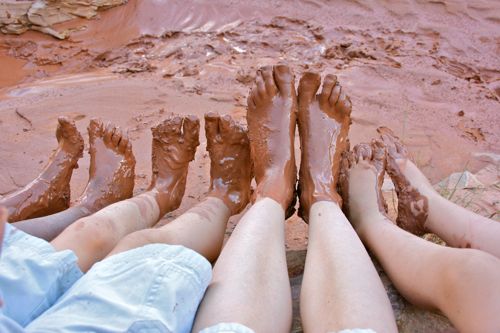 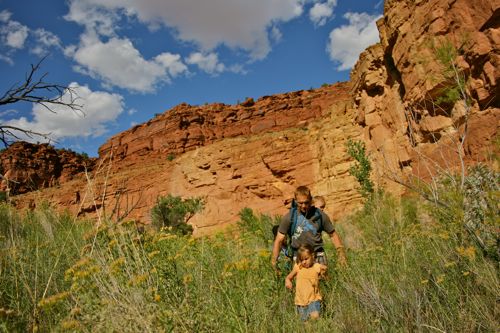 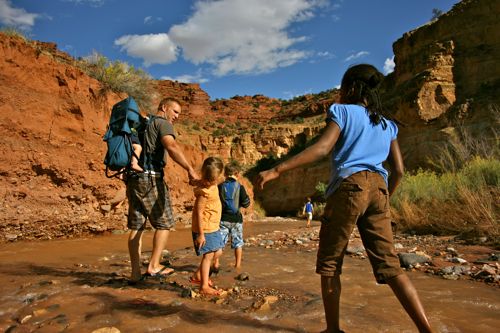 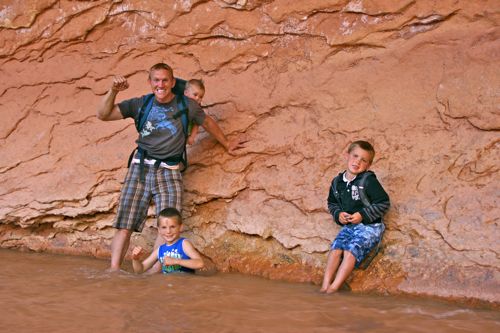 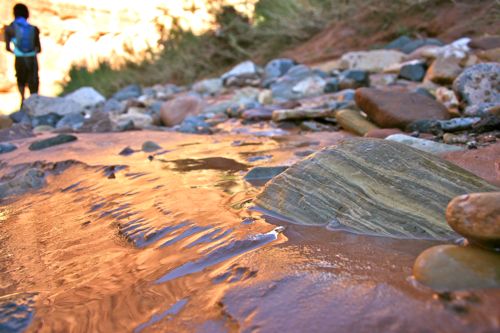 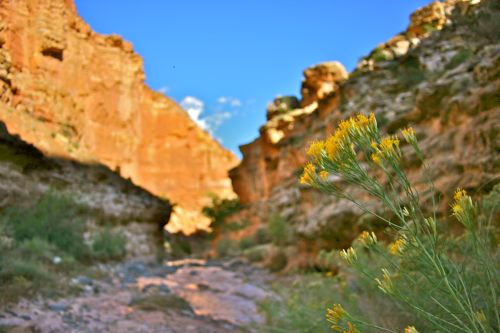 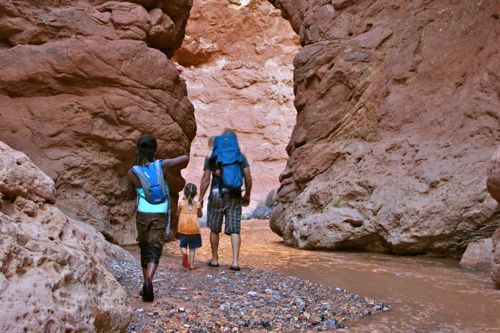 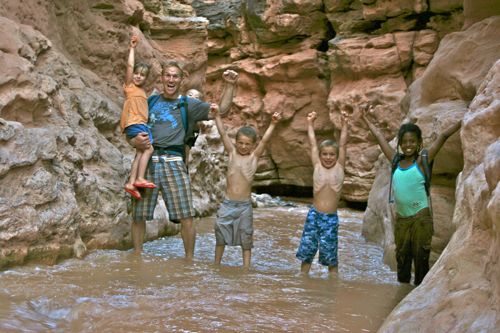 If you can't see the video below, click here.