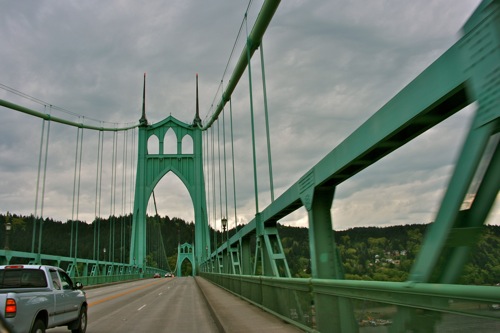 Haven't we crossed this bridge before?

Portland is very cool. I can say that, even though we spent most of our time in Portland driving around lost (and on diesel instead of veggie which is an infuriating and costly mistake).

We also slept in the parking lot of Walmart (despite the "No Overnight Parking" sign - by that point we didn't care) even though I have a friend who lives in Portland and probably had a nice warm bed (at least one?) we could have slept in. I had forgotten that too...

So instead our time in Portland was spent lost and frustrated, frustrated and lost - except for the oasis of experience when we cooked our dinner in Washington Park (where the video below was made).

But other than that, Portland is very cool. 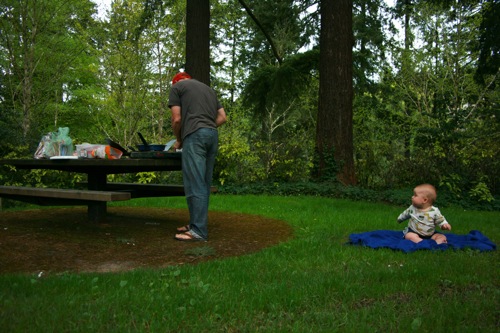 Our oasis - part of our 'lost' time was spent searching for a nice park - we finally found one. 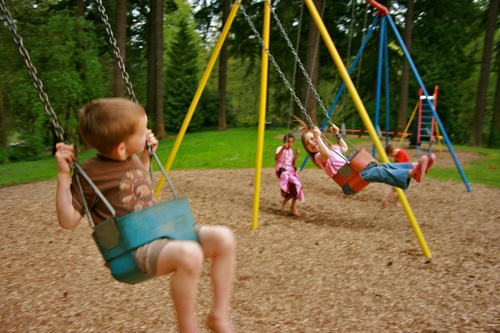