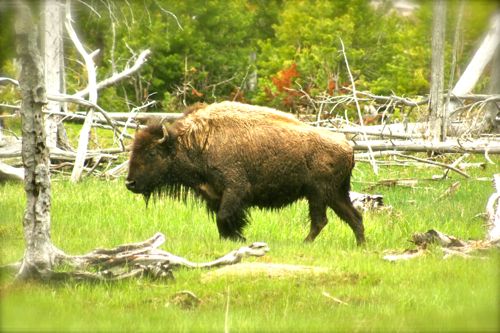 Yellowstone National Park is known for it's wildlife, but it's still hit or miss whether you'll see any or not.

It's estimated that in the 1800's there were 65 million bison roaming North America. But by 1890 there was only about 1,000 remaining, due to poaching and hunting.

But with an effort to repopulate these majestic animals, by the end of 1997 there were about 3,500 bison in Yellowstone.

After spending the night in West Yellowstone, we drove into the park, pausing to snap a photo, and then almost immediately we drove past this meadow where a herd of buffalo with their babies was grazing. 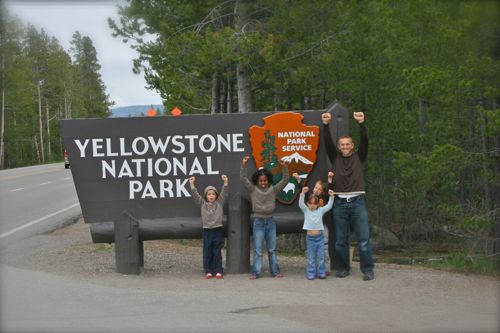 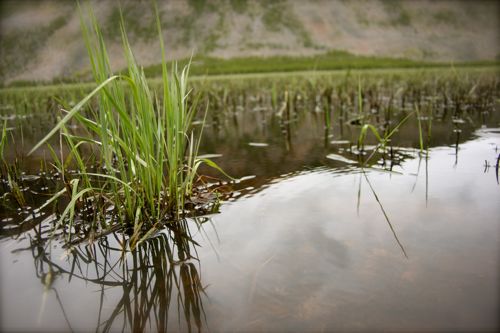 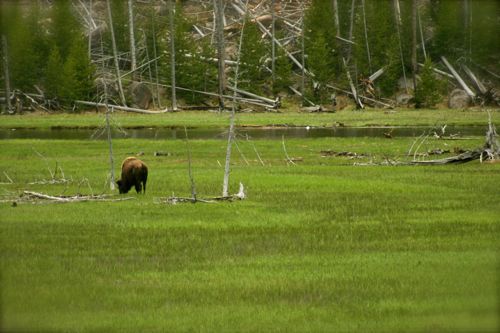 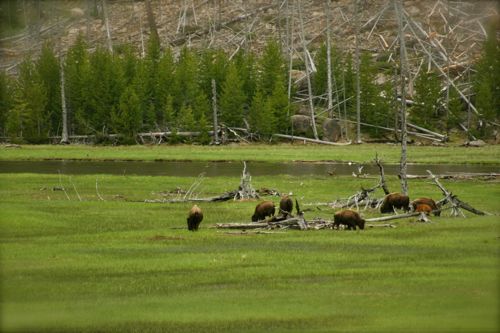 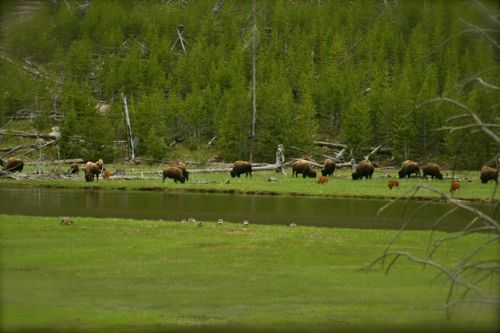 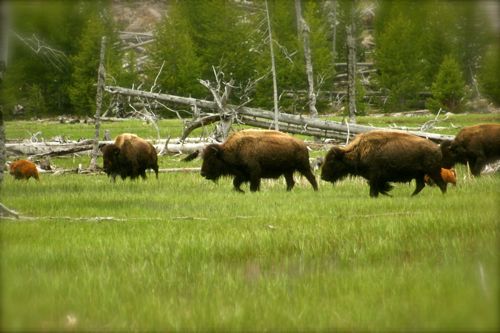 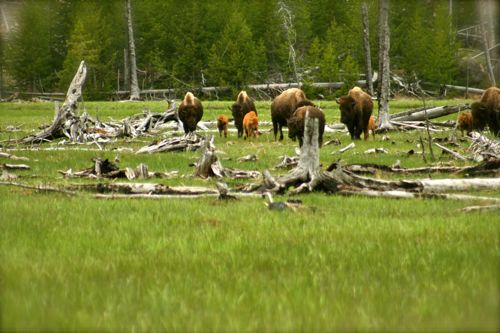 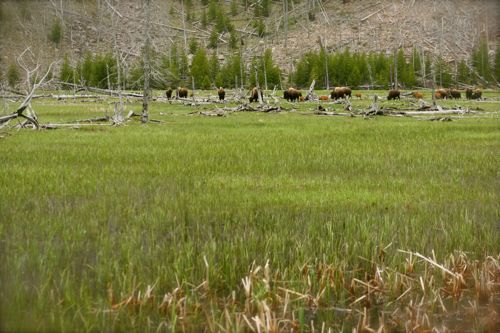 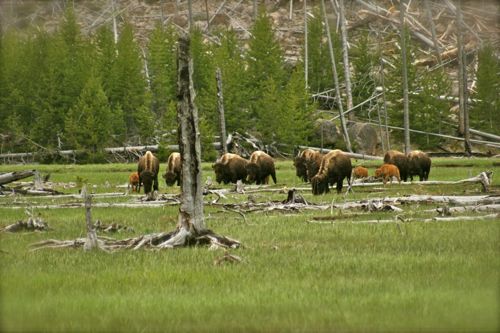 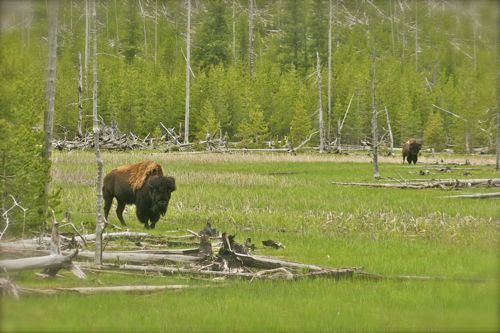 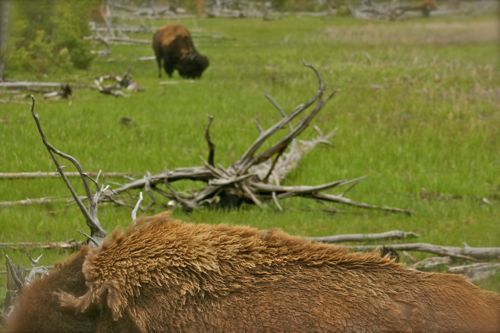 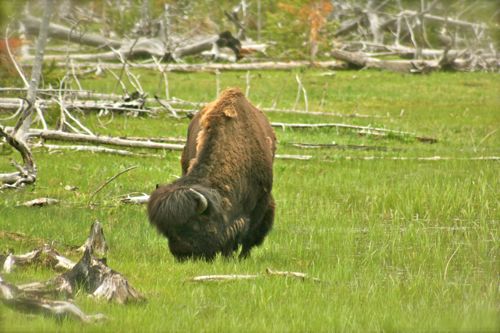 This one had a shaggy mop on it's head 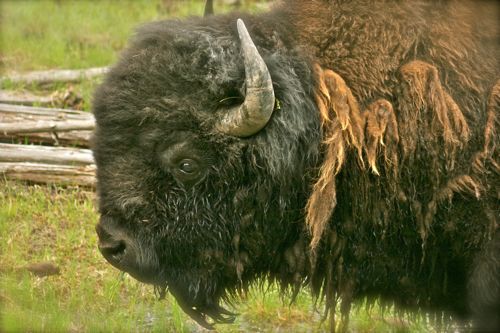 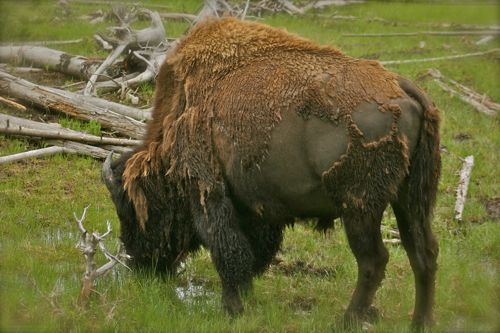 See that thick winter coat that it's shedding? 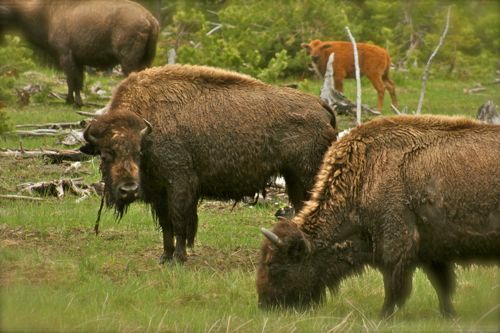 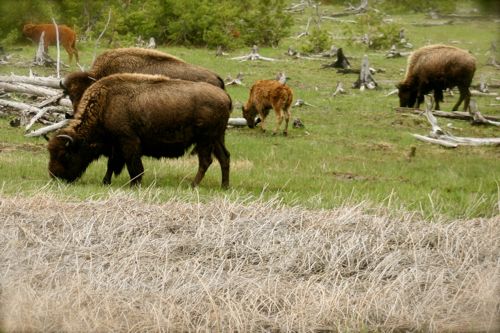 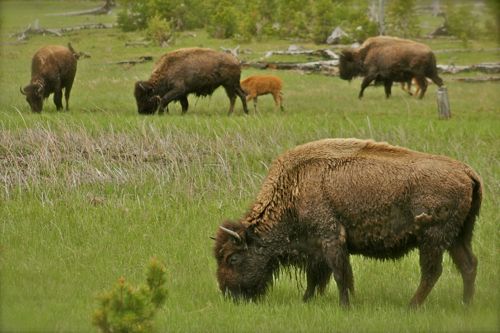 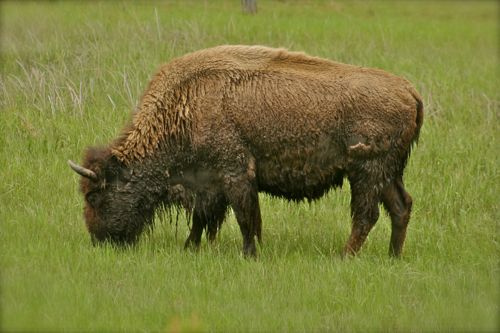 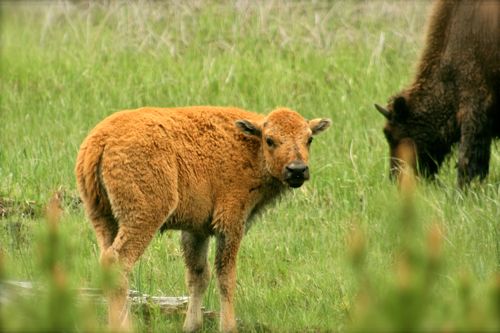 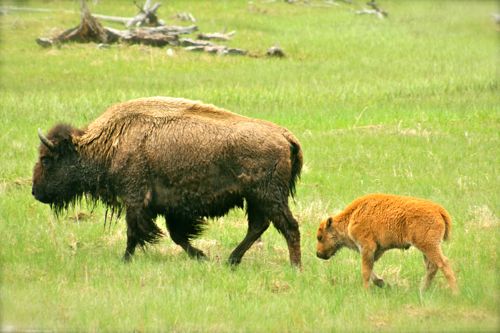 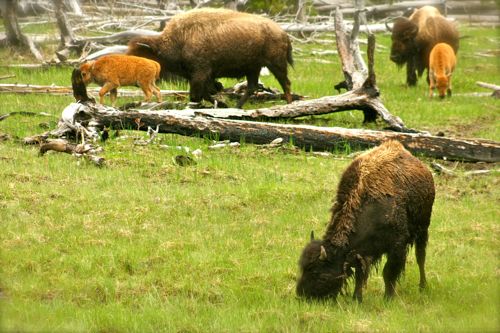 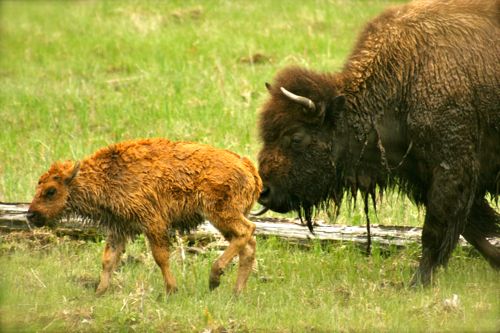 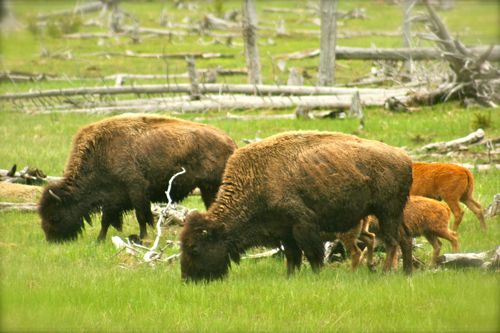 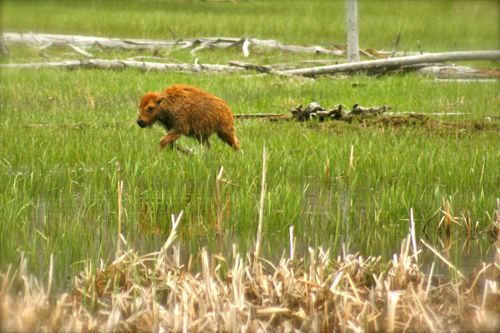 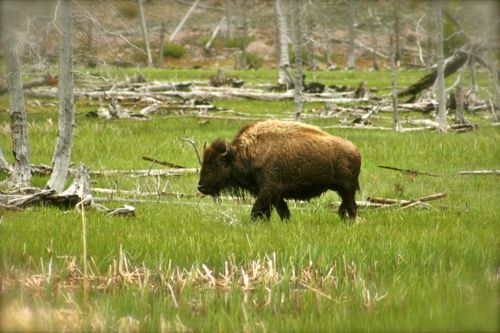 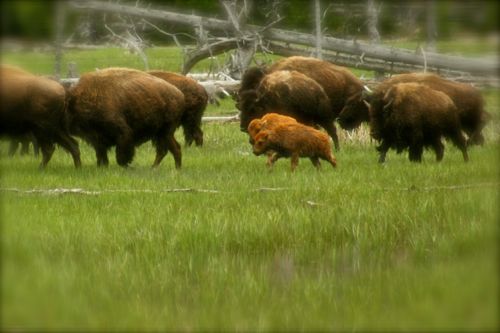 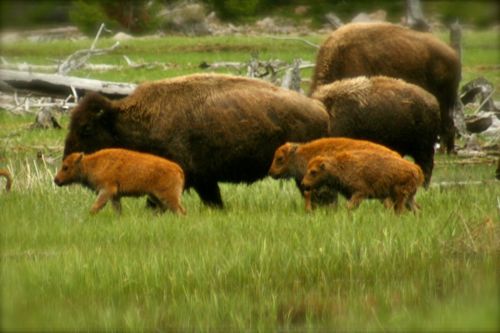 Have you seen bison in Yellowstone National Park?