(Scroll down for the video.)

They wanted out of the grind. 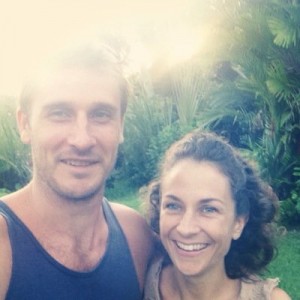 Danielle and Dan Greason wanted to quit the 'rat race', and add a little more space for family time.

Danielle shared with me,

"Many people told us this was just the way of the world -- you put in your time 'til the first of your kids is in school.

Then some sense of sanity is gradually restored to family life, either by the extra time or the extra money from the 2nd income.

(God help you if you want to homeschool. Then where is that blessed 2nd income suppossed to come from?)

Don't get us wrong, we weren't in desperate hardship.

We went to the park or the mall on the weekends. We were having fun.

But... the intensity of the whole charade was just too darn high and we KNEW that there absolutely must be another way."

From morning til night, six days a week, it was go, go, go. Not stopping the entire day. Falling into bed. Repeat the next day.

So they planned their escape. Doing things the 'proper' way. And, for a while, it looked like it was working. Then came a double-whammy hit.

First, the day care provider said she couldn't do it anymore, because their youngest daughter cried all day.

Then came the flood. The biggest in Australia's hundred year history.

Because of the day care fiasco, Danielle decided to quit her job. Because of the flood, Dan lost his. Suddenly, they were back to square one.

That day they had a big discussion (since they were all home together, without work or day care.) And that evening they made a BIG decision. It was bold. But it was obvious.

So they listed all their furniture on eBay. In four days, they'd sold it. In one week, they moved out of their house (and into a tent -- more on that later.)

Admist the drama and hardship of those who lost stuff in the flood, they were now 'stuff-less' too...

But instead of sadness, they felt a sense of liberation and freedom. And they had just officially joined a revolution.

When they started out doing things the 'proper' way, they'd tried to create an online business.

Isn't that how things are done? All these 'digital nomads', wandering the globe making money on their computers... they're all running internet businesses, aren't they?

So they dove in:

And then they launched their brand new internet business.

It was a great, big FLOP. FLUNK. FAIL.

You see, the thing about trying to start an online business is that there are so many learning curves... so many different, complicated aspects that you have to learn how to do, BEFORE you ever make a cent.

You're working for free, trying to figure out what people might want to buy, what kind of product to create (an ebook, a webinar, a DVD program, an online course), how to deliver it, how to advertise it, how to sell it (ecommerce software, membership site software, etc.)...

There's a LOT to learn. And that's all work that you do for FREE. Which becomes even more difficult when you're trying to do it after a long day on the job, while the kids are asleep and in between laundry, dishes, showers, sleeping and all other duties.

It makes it very difficult to justify spending time on a project that you HOPE (fingers crossed) will make you money one day... (I've been there, too).

So after their business failed, they'd sold all their furniture on eBay and moved out of their house, they bought round-trip tickets (round-trip, just in case) where they planned to live on their savings, hoping they'd be able to figure out an income solution.

Within four weeks of their new life on theSouthern Coast of Costa Rica, they had found a solution. They had an income coming in, enough to support their family.

It had been so much simpler than they thought -- so much easier than the 'online business hustle' they'd tried before.

Instead of an online business, Danielle found an online job.

She found a real, viable, lucrative job -- online -- with the freedom to work from anywhere.

It wasn't a hoax, some 'work at home' or MLM scam (she'd tried those before).

It was for real.

And Danielle soon saw that any mother (or father) -- no matter how busy with laundry, kids, school, another job and a hundred other things -- can make happen.

In the Industrial Age, there was certain 'trade knowledge' that most people required the use of at some time.

Certain jobs or skills were in constant demand, like:

People who had knowledge of these skills were guaranteed a job no matter where they went. The skills were in demand, therefore the individuals with the skills had work.

In today's Information Age, we don't have much use for blacksmiths or barrel makers. But there are skills and knowledge that are as much in demand today, as the knowledge of blacksmithing was in the 19th Century. And there are business owners willing to give jobs to people who have these skills on knowledge.

These are things that almost all business owners require help with, and are willing to pay for. Anyone who possess these (easy to learn) skills is guaranteed an (often lucrative) career.

"But I'm not a techy person!" I can hear you saying already.

Then you have the IQ necessary to learn how to do any and/or all of these skills. (And I'll show you how and where in a moment.)

When the internet first came into 'being', it was the popular thing to search for 'work at home jobs'.

Mothers (and millions of others) wanted to find some work that they could do while staying home with the kids (or just to eliminate a commute, or have the freedom to work in their PJs).

Much of what was available at the time was a scam, or tedious and not very profitable.

For the first time (perhaps in all of history) it's now possible for men and women to work from home in a real, legitimate job.

(Watch the video below to see our interview with them on a beautiful beach in Costa Rica. Or read more of our story below the video.) 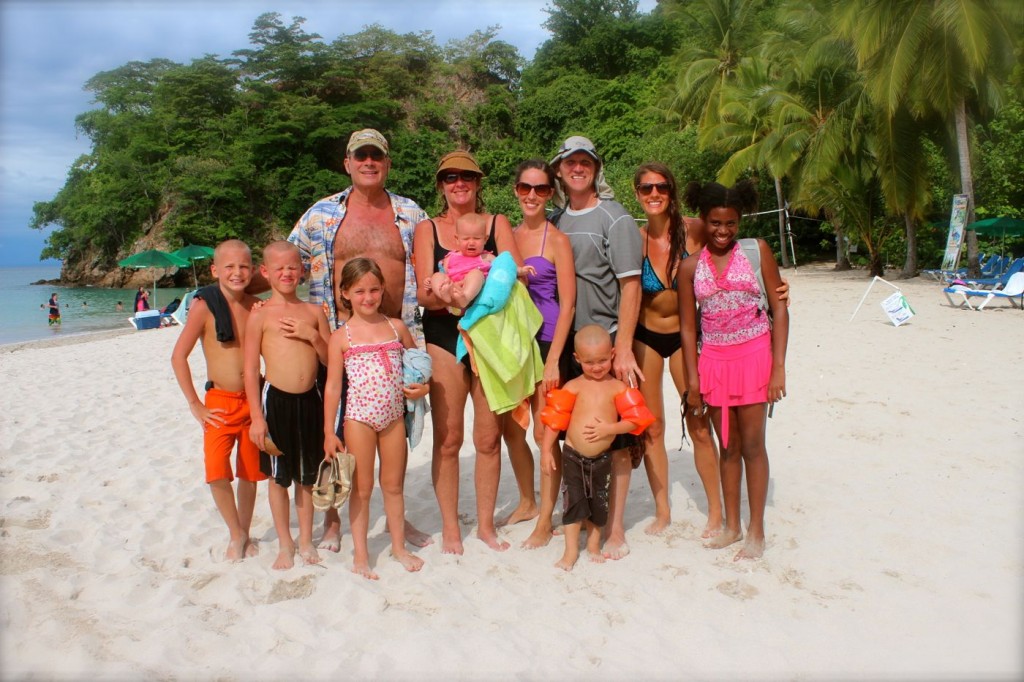 My husband and I and our (now) six children have been living in Costa Rica (for the second time).

In September 2014 we moved to the Southern Coast, and become friends/neighbors with Dan and Danielle Greason.

As they shared their story, and how 'easily' they were able to create their income once they made it to Costa Rica, I totally connected.

That's because, in some ways, we have a similar story.

Ours began in 2007, when we moved to Costa Rica the first time. It's a long story, so I won't share it all (though you can read about it here) but what you need to know is that the moment things changed for us -- the moment long-term travel became really sustainable -- was the moment that we stopped trying to create this 'ideal' online business, and started looking for jobs.

It's the moment we stopped working for free, hoping to make money (some day) and started working for money instead -- doing 'jobs' that people needed that we could (easily) do. And within a week, I was earning a great income.

We believe in entrepreneurship and building your own business... those are great goals that are very rewarding (and often even more lucrative).

But it's difficult to achieve, when you're facing so many learning curves, so many uncertainties and unknowns --  and working for free -- in your 'spare' time (who has any of that, right?)

Very often, I felt extremely frustrated, realizing all the nuances that went in to creating a business, and realizing I had to spend my (precious, limited) time on them, and realizing that they wouldn't bring us a dime... at least for a long time (IF it actually worked).

For someone who wants to slow down and spend more time with their family, or have a lower cost of living by moving abroad, or have a greater quality of life, or have the freedom to work from home and/or anywhere in the world... the online business option is so daunting, difficult and impractical for a growing, busy, stressed-to-the-max family.

The Solution? Get an Online Job instead of Starting an Online Business!

Instead of starting out building an online business (if that's something you're interested in doing), start out with an online job.

Why is it better to do it this way? 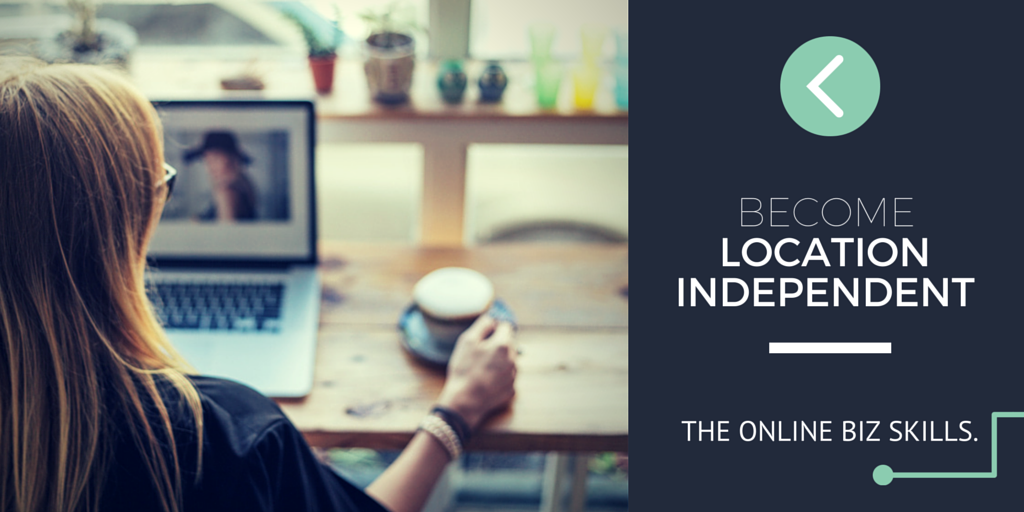